After the police initially refused to disclose their crime statistics on farm attacks and murders, the full report was made available to Dr Pieter Groenewald, leader of the FF Plus, after he had insisted on it.

“Why the police would not want to disclose the report is unfathomable and it creates the impression that they wanted to conceal the drastic increase in farm attacks and murders. Farm murders are of importance because agriculture is the strategic industry that ensures food security.

“The general figure for murder in South Africa is currently 34 per 100 000 of the population, but for farmers it is approximately 130 per 100 000. Hence the emphasis on farm murders.

“As a province, the Western Cape is vulnerable because 15 of the 34 police stations, where the police’s rural safety strategy has not been implemented at all, are located in the province. 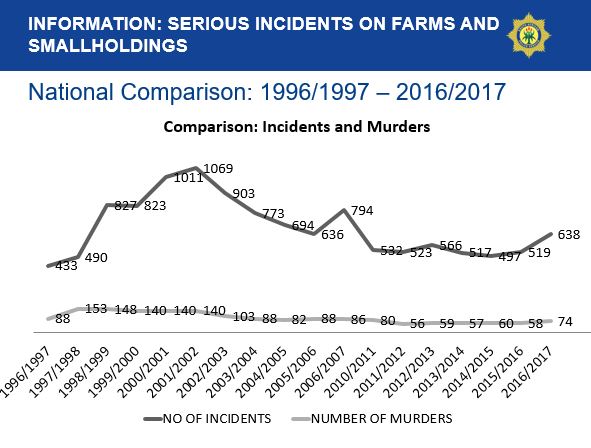 Fikile Mbalula admits crime is out of control – Pieter Groenewald