Iqbal Surve has not paid back GEPF's money - Tito Mboweni

Whether the Public Investment Corporation loan to Independent Media which reached maturity on or about 17 August 2018 has been settled; if not, why not; if so, what are the relevant details? NW2925E

A couple of years of difficult market conditions have put immense strain on the performance of print-media companies in South Africa. Cumulatively over the past two years the total returns of Tiso Black Star Group are down by 78.22% and that of Caxton and CTP Publishers Limited by 39.81%. Independent News and Media (INMSA) is not different from these listed print-media companies. Due to difficult trading conditions, the loan that INMSA had to settle during August 2018, has thus not been settled. The PIC is in discussions with INMSA on the way forward to resolve this matter. 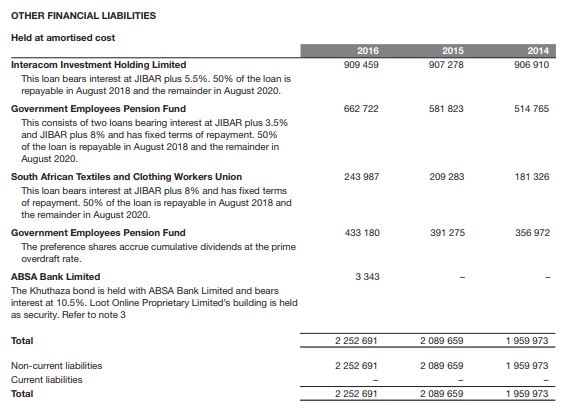 Iqbal Surve: Flogging a turkey dressed up as a unicorn - amaBhungane

How and why I'm restructuring the Independent group - Iqbal Surve

On the burning of UCT`s books: A postscript

Is RSA outdoing the USA on race relations?

Why rely on Cuba not Israel to avert SA’s water crisis?

The dumping of JZ

Magnus Heystek – ‘the commodity cycle is in full play’

SLR: The CIA has gone woke, or have they?