Become a Friend, and join us in working for a better SA - IRR 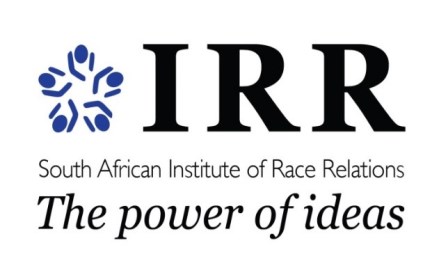 Become a Friend, and join us in working for a better South Africa

Liberal ideas are under threat in South Africa. The government continues to drown the economy in regulation and red tape, stifling entrepreneurship and innovation, which is vital if the country’s economy is to grow at levels capable of creating jobs in meaningful numbers.

At the same time, there are growing threats to the property rights of all South Africans. Property rights are the fundamental building block of any prosperous society, and, without them, South Africa is doomed to failure.

In addition, racial essentialism is on the rise, not only from radical parties like the Economic Freedom Fighters (EFF), but also within the governing African National Congress (ANC). Despite evidence from our surveys that race relations are actually fairly sound, there are those who would like to deepen divisions, not only between blacks and whites, but between black people and coloured people, and between black people and Indian people. Some are even trying to awaken the demon of tribalism from its long slumber.

At the same time, the Democratic Alliance (DA), one of the few political parties which explicitly backs non-racialism and a free market economy, is floundering. It has made a number of missteps in recent times and it must be asked whether it can still be thought of South Africa’s main liberal political movement. Not so long ago, the DA looked as if it could well have been a senior partner in a governing coalition after next year’s election, but it may well be that holding onto its current share of the vote in 2019 could be considered a success. Recent by-election results in its Western Cape stronghold will have the party worried, and, if it is not, something is very wrong.

At the same time, the territory allowed for the battle of ideas is shrinking. This is already happening at our universities, which, instead of being bastions of free speech and thought, are increasingly becoming places where only single narratives are allowed. This is disastrous not only for our universities, which are still the envy of the continent, but also for the country as a whole. It is vital that universities remain places where ideas can be contested and battled over. The creeping censorship of free and original thought is slowly spreading across the country and we must guard against it.

We at the Institute of Race Relations (IRR) are fighting back to protect liberal ideas and promote liberal solutions. We are doing this through our research output (which is unrivalled by any other think tank in the country), widespread media coverage (print, radio, and television), and ongoing lobbying efforts. These lobbying efforts include the unglamorous work of promoting liberal policies among politicians, business leaders, government officials, and ordinary people.

Our efforts have, in large part, paid off. Our successes include, among others:

- Forcing politicians to delay and later halt dangerous expropriation legislation that would have given the government the power to take your home or business;

- Getting the government to halt and revise BEE regulations that would have done great damage to small business owners;

- Preventing the government from adopting regulations that would weaken the protections on offer to investors;

- Using media pressure to get opposition politicians to abandon attempts to introduce populist policies that would have limited the political choice on offer to voters.

We have also fought – and continue to fight – for property rights, suggested a new way of achieving empowerment based on disadvantage rather than race, argued against restrictions on free speech, championed greater parental involvement in education, and promoted deregulation of the labour market. We have also opposed the liberal slideaway in the DA, and stood against the destructive racial politics of the ANC. Amongst the policy solutions we have suggested are a National Growth Strategy as well as innovative solutions to land reform.

However, we now need your help. The positions we adopt in the interests of all South Africans are not always popular in influential quarters where there can be a reluctance to take a stand or rock the boat. We have, therefore, started a new initiative which allows you to participate directly in the work of the IRR and support its arguments.

We are looking to recruit thousands of Friends to the IRR. Friends will be people who support and agree with our positions on matters such as property rights, free speech, government intervention and regulation, and racial engineering. Friends will be those who want to see our arguments in the media, and would like to see us continue to influence politicians, decision and policy makers, and business people, as well as ordinary South Africans.

Friends will be those making a small contribution to our work, but who, collectively, will create the dynamism for positive change.

Join us as a Friend by following this link or SMSing ‘IRR’ to 32823 and become involved in working towards a better South Africa for all who live in it.

Zuma prosecution a victory for principle of equality before law - IRR

EWC: A lurch towards disaster - IRR

What is going on with the JSC?

Is Tesla’s dominance coming to an end? – In the driver’s seat with Jarryd Neves

MAILBOX: Post-GFC high inflation expectations consistently surprised on downside. Why will it be different now?

First time buying a car? Here’s what you need to know

The Bitcoin-debate: Store of value, or ‘fool’s gold’?