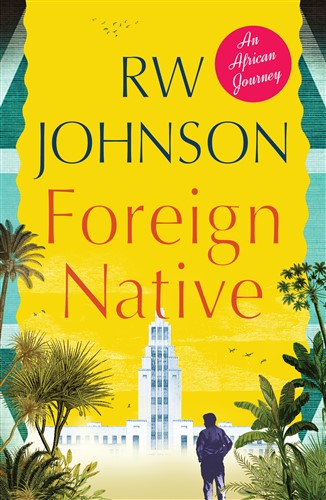 I decided, however, that apart from doing whatever I could to assist the liberal cause, I would set myself the task of trying to understand, analyse and write about the dramatic new experiment that South Africa was engaged upon. It was a matter of where I could make the most useful contribution. I had spent 29 years of my life studying and working as a political scientist in one of the world’s top universities. People with such skills were relatively rare in South Africa, whereas I knew that the minute I resigned my Oxford job there would be no shortage of top-class applicants to fill it.

I was conscious of swimming against the current. In the early 1990s a British-South African conference had been held in Durban, organised by my old friend Bernard Crick. I found myself in a study group discussing the post-apartheid economy. As always in those days, there was no shortage of politicised clerics full of a political correctness completely untethered to reality. (Later, the Truth and Reconciliation Commission suffered from the same over-supply of such clerics.)

In this case there was much discussion of ‘an ethical investment code’, the general idea being that before any foreign investor was allowed to invest money in South Africa, he would have to subscribe to a set of ethical principles. Thabo Mbeki was sitting only two places away and I hoped (in vain) that he might step in and stop this nonsense.

In the end, I could bear it no more. I pointed out that all round the world countries were touting for investment. Nowhere else was anyone demanding that investors sign up to codes of ethics. South Africa had to join the real world and stop acting as if it was doing investors a favour by taking their money. One had to realise that shortly after independence two things had happened almost everywhere in Africa: their countries had ceased to be self-sufficient in food and had plunged into food deficit, and in many countries the electricity supply had broken down.

What we should discuss was how South Africa could avoid these twin disasters. Almost immediately, Mbeki got up and left the room. I was then roundly criticised for having precipitated his exit by being ‘conservative’, ‘reactionary’ and ‘negative’. Later events often caused me to remember that scene.

The book can be purchased in bookstores or in e-book form on Amazon here.

Oh, Sugar! How I finally kicked my sweet fix