The Last Jacobins of Africa: The ANC's early years in power

Where did it all begin to go wrong? A new (old) book explains

The Last Jacobins of Africa: The ANC's early years in power

In 2006 I completed a book on the early years of the African National Congress in power, based upon my research for my doctoral dissertation. It was due to be published in 2007 but was ‘killed’ at the last moment by the publisher who had commissioned the work. Since January 2007 then it has lain in a folder, unpublished and largely unread.

Parts of it appeared elsewhere, and it has continued to inform my analysis of the South African situation - as published on Politicsweb - as well as many of those who have read it in manuscript form.

I recently decided to publish it in e-book form through Amazon Kindle. I was encouraged to do so by a number of people familiar with the work.

There is deep concern right now over South Africa’s current predicament, but the understanding of it is very shallow. This has led to the circulation of various destructive or unhelpful myths – all trying to explain why the liberation movement has failed to deliver on its promise of a South Africa transformed and redeemed. Nelson Mandela is accused by the Fallists of stabbing the revolution in the back, minorities are scapegoated by the Economic Freedom Fighters and the Zuptas, or all blame is placed upon Jacob Zuma’s accession to the Presidency. 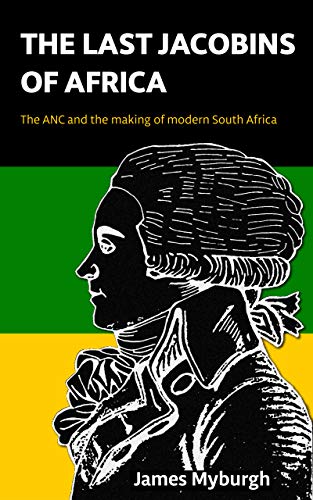 However, if you are going to understand how the current evils plaguing the country emerged – and have any chance of correcting them - you have to go right back to their beginnings.

In the euphoric early years of South African democracy there was little critical scrutiny of what the ANC was actually up to. Yet bad and largely unnoticed decisions taken at that time are responsible for a disproportionate share of our troubles today. These relate especially to the pervasive corruption and dysfunctionality of the ANC-dominated state, as well as the weak checks-and-balances in the system that later allowed the the Zuptas to plunder State Owned Enterprises with such impunity. These early actions are described in the book.

As was evident too from some of the early commentary on the ANC government’s response to the Covid-19 epidemic there is very little current knowledge of the Virodene Affair, one of the earliest and greatest ANC scandals, and one which should have permanently disqualified Nkosazana Dlamini-Zuma from public office. The manuscript contains the definitive account of that scandal, and how it led into Thabo Mbeki’s infamous policies of ‘AIDS denialism’.

The book contains a new preface explaining how it came to be written, and why it was not published. It has also been carefully read for literals and grammatical errors. But otherwise I am publishing it as is.

It is NOW available on Amazon.com here, on Amazon Germany here, Amazon Australia here and on Amazon UK here.

Note: It is possible to read a Kindle book on any smartphone or table. Just download the relevant app from the Android or Apple app store.

No, I will not sack David Bullard as a columnist

The Fallist and the Professor