Paul Hoffman SC practiced at the Cape Bar for 26 years from 1980 to 2006. Former president Nelson Mandela conferred silk status on him in 1995. Hoffman has acted as a judge and since 2009, he has been pursuing his passion for exacting accountability by setting up Accountability Now to crusade for human rights and constitutional matters.

This is the story of the infamous Seriti Commission into the arms deal, the Glenister case following the disbanding of the Scorpions and busting open the bread manufacturers’ cartel, to mention a few.

High drama and high stakes brought to South Africa courtesy of the Accountability Now NGO and its founder, Paul Hoffman. Join him in his fascinating journey from jaded silk to corruption buster – a fly-on-the-wall account of courtroom clashes, influential personalities, secrets and lies in the battle to speak truth to power.

Confronting the Corrupt tells the tale of Accountability Now’s biggest battles, leading to landmark decisions in jurisprudence and earning its place in the small but determined group of organisations protecting and upholding the rule of law in South Africa. 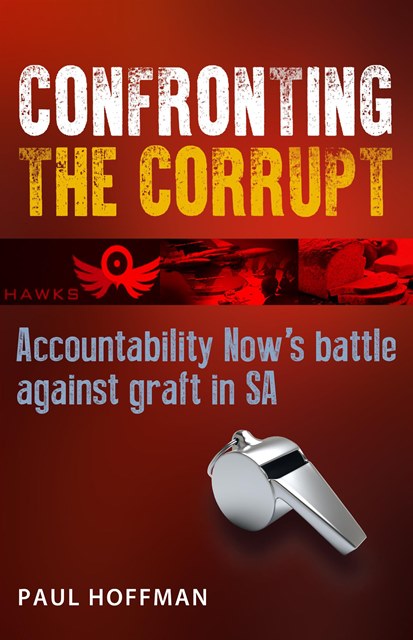 Re-establishing a Rechtsstaat in SA

Was Zuma's pay-off of Mxolisi Nxasana a criminal act?