Adv Gerrie Nel, Head of AfriForum’s Private Prosecuting Unit, will privately prosecute Julius Malema and co-accused for fraud and tender corruption should the National Prosecuting Authority (NPA) not yield to AfriForum’s demand that the case against Malema, regarding the then corrupt activities of the company On-Point Engineering in Limpopo, be reinstated. On-Point, in which Malema’s family trust has a vested interest, was appointed in 2009 to assist the Limpopo Department of Roads and Transport with infrastructure development, maintenance and planning and in doing so received bribes from successful tenderers.

AfriForum laid a charge against Malema at the Brooklyn police station in Pretoria on 24 July 2011 in terms of the Prevention and Combating of Corrupt Activities Act, 2004 (Act No. 12 of 2004) in connection with On-Point’s corrupt activities. After the Hawks investigated the charge and found proof of corruption, the NPA started the prosecution of Malema. However, on 4 August 2015 the case against Malema was struck from the roll of the Polokwane High Court after one of Malema’s co-accused could not attend the hearing due to illness. The NPA neglected to place the case on the roll again during the two years and eight months that had since passed.

Because of the NPA’s failure to act further, on 19 March 2018 AfriForum sent a letter to the NPA in which it demanded the reinstatement of the prosecution. In reaction hereto the NPA informed AfriForum in writing that the reinstatement of the charges against Malema is currently being considered and that a final decision will be taken by August 2018. According to Adv Nel, AfriForum will privately prosecute Malema should the NPA decide to not reinstate the case against Malema and his co-accused.

Adv Nel indicated that it is unacceptable that the NPA after more than 30 months has failed to take the corruption case against Malema any further. “AfriForum’s Private Prosecuting Unit was established for the very reason of ensuring that equality before the law is upheld and that the NPA does its work effectively. The NPA neglected its duty by simply abandoning the case against Malema,” adds Nel.

Kallie Kriel, CEO of AfriForum, says that even though Malema seems to think he is untouchable, he is definitely not above the law. AfriForum will therefore according to Kriel see to it that Malema is called to account. “Someone like Malema, who claims to represent the poor people and then plunders the state coffers to enrich himself at the cost of service delivery to poor people, must be exposed for who and what he really is,” says Kriel.

Kriel points out that apart from this corruption case AfriForum is also busy with two other cases which implicate Malema. AfriForum in conjunction with AfriBusiness is currently preparing for a case of contempt of court by Malema. This follows after a court order was obtained against Malema in 2017 that forbade him to incite people to occupy land. With his latest statements Malema is contravening this court order and therefore is acting in contempt of the court order. The other case against Malema is a charge of incitement to commit crime, that was submitted by AfriForum and is to be heard in the Bloemfontein Regional Court. The court postponed the matter to 27 July 2018. 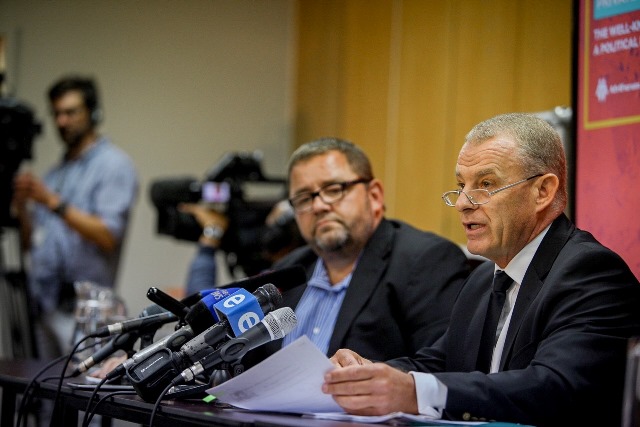 Short background on the On-Point case:

In 2009, the Limpopo Department of Roads and Transport appointed On-Point Engineering in spite of fraudulent tender documents presented by them, to inter alia assist with the evaluation and selection of successful tenderers at compensation of nearly R52 million over a three-year period. On-Point itself profited from tenders that were awarded, even though the company provided assistance in these procurement processes.