At least one, and possibly two, of the paintings burnt on Tuesday night by Rhodes Must Fall students were by Keresemose Richard Baholo. In the 1990s, he painted a series of pictures of protests at the University of Cape Town featuring Jameson Hall in the background.

GroundUp's reporter on the scene yesterday took a photo of the inscription on the back of one of the burnt paintings. It is pictured above. The inscription says, "Extinguished Torch of Academic Freedom". It is dated September 1993. 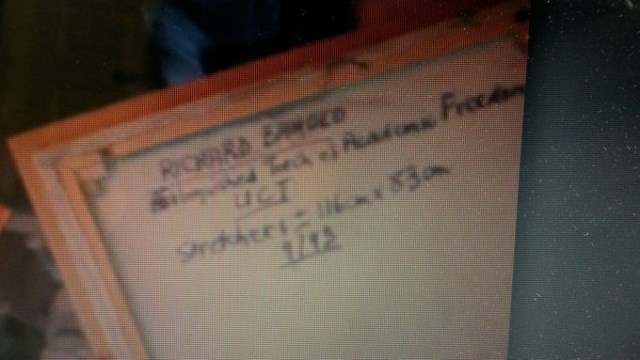 The majority of works destroyed, and specifically targeted, were of white people connected to the university.

Here is an example of his work. And here too.

While we have not confirmed this yet, they appear to be stylistically similar, and consequently by the same artist, as the apparently very beautiful painting at the top of the pile here: 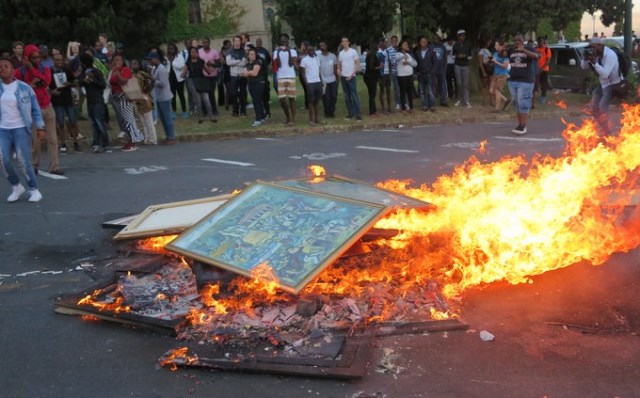 No excuse for burnings at UCT - Adam Habib