The politics behind the "toilet wars" - Helen Zille

SA Today: The First Flush of the 2014 Election Campaign

In Cape Town we know election season has arrived when toilets hit the headlines. Judging from the past two weeks, the 2014 election campaign is already in full swing.

On several occasions, various self-proclaimed ANC Youth League leaders and their anarchic followers have dumped human faeces outside provincial government offices and flung dung at official vehicles.  The proclaimed purpose was a protest against "bucket toilets".

This "cause" has elicited much sympathy (despite the methods used) because many people are understandably appalled at the idea of having to use a communal bucket toilet.

But, as usual, all is not as it seems. 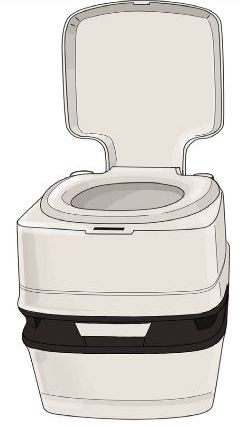 This is what a portable flush toilet looks like.

The City of Cape Town is offering free portable flush toilets (PFT) to individual families still using the approximately 700 remaining bucket toilets in the metropolitan area.  Portable flush toilets are also offered in informal settlements with insufficient public sanitation facilities.  No-one is forced to accept a PFT.  People do so voluntarily if they want an extra sanitation service, over and above the public service available.

The target date for the eradication of bucket toilets in Cape Town is 2014.  We are close to meeting that target, unlike the rest of the country where there are still hundreds of thousands of public bucket and pit toilets in use, many of them "unserviced".

So why is the ANCYL picking on Cape Town, which, according to the 2011 Census has the highest level of sanitation services in the country?  The answer is this:  the ANCYL (some of whom are ANC councillors) is trying to prevent us from eradicating the bucket system.  They are not protesting against the lack of service delivery.  They are protesting against (and purposefully preventing) service delivery.  The only plausible explanation is that they want the bucket toilets to remain so that they can be used as a potent election issue in 2014.

What is even worse is that supporters of the ANCYL actually go around stealing the tanks of families who have chosen to have portable flush toilets.  This is where the protestors get the "ammunition" they require for their "poo-litical protests".  Many newspaper readers have mistaken the detachable sealed tank for the full toilet, and have questioned how it can be used in a dignified way.  I refer them to the picture above and describe, below, how the PFT works.

It consists of a sealed, detachable, odourless storage tank; a bowl and a seat; and a flushing mechanism.  A portable flush toilet closely resembles an ordinary toilet and works on a water based system.  The waste is flushed away, into the sealed tank.  The City services the tanks free of charge three times a week.

A door-to-door service takes away the used tank and replaces it with a clean tank.   I do not know of another City government anywhere that renders this kind of service free to informal settlements.  Indeed, as the Institute of Race Relations revealed this week - poor people in Cape Town are twice as likely to get free basic services from their local government than poor people living anywhere else.

And, according to the 2012 report of the National Department of Water Affairs, out of the 1,3-million South African households living without any sanitation services whatsoever, NONE are in Cape Town.

This level of service was achieved despite the fact that the City's population grew by 30% during the decade between censuses (2001 to 2011).  Yet delivery of every basic service is above 90%.  The City's service delivery not only kept pace with, but actually exceeded the exponential growth rate.  That is a good outcome, by any standard.  One wonders why the ANCYL and many NGOs seem to focus all their indignation against the one administration that delivers better services than any other.  It is obviously political.  And it will continue with the spread of that highly contagious disease called electionitis.

But, you may well ask, why does the City not simply install full flush toilets from the start and get done with it?

The simple answer is that in many informal settlements it is impossible to do so.  Take the example of Kosovo, in Philippi.

In 2006, shortly after the DA-led coalition won the election in Cape Town, we established that 222 informal settlements had no services at all or grossly inadequate services.  Kosovo was without sewage, electricity, lighting, or refuse removal.  It was near the top of a "crisis intervention" list the new DA administration compiled. We moved swiftly to install these services, which was much more difficult than people might imagine.  Kosovo is one of several informal settlements that was "invaded" by urban migrants during the summer months, but which is for most of the year unfit for human habitation.

Kosovo is located in an area that serves as a "retention ponds", a site to which water gravitates, and breaks the surface as soon as it rains.  The permanent high water table, and the high shack densities, makes it impossible to install conventional underground services.  Because the inhabitants of Kosovo were relatively recent migrants compared to many others on the housing waiting list, it was impossible to enable them to jump the housing queue without creating an enormous backlash.

So we had to find an alternative to provide sanitation.  We did this in the form of expensive imported technology called "vacuum pump" toilets.  These are very similar to the toilets used on aeroplanes, and work on a vacuum system.  It proved possible to install them in Kosovo because they require only a single shallow-laid pipe, which could be achieved without heavy machinery.  Through minimal reconfiguration of the settlement, it was possible to install a number of public toilet blocks, of ten vacuum pump toilets each, throughout the settlement, at the cost of over R5-million.  Within two years the toilets (and the underground pipes) had been vandalised beyond the point of repair.

The community demanded a full flush system, which remained impossible.  So to alleviate the crisis, the City ordered 900 "new generation" chemical toilets, which are a significant improvement on the previous chemical system.  The first three toilets installed were immediately burnt to the ground and the contractor's staff threatened. Two workers were injured by members of the community.  So the contractor withdrew his staff.  And when City workers tried to clean the community's few remaining toilets, they were also driven out through violence.  Without a hint of irony, the media referred to this as a "service delivery" protest.

We have now managed to install the new chemical toilets in Kosovo, and (except for proper storm water) the area is fully serviced.  People continue to demand brick houses and full-flush toilets.  While we understand the need and the enormous difficulties of living in a shack settlement, it does not help anybody if we make misleading commitments.

Any politician who promises to replace shack settlements with formal housing in the foreseeable future is lying.  Given a waiting list of approximately 400,000 families in Cape Town alone, the conflicting demands on the available budget, and the continued rapid growth of the City we must be honest about what is achievable.  That is why we have introduced the "in situ upgrading" with its own subsidy stream, to upgrade shack settlements incrementally.

If only communities would take joint responsibility for maintaining the costly service infrastructure, we could do so much more.  Currently we spend two-thirds of the City's water and sanitation budget on fixing vandalised taps, pipes and toilets.

The story of Kosovo is not unique.  It is repeated in many of the City's 227 informal settlements.   In one of them, called Hillview Heights, the topography and density enabled us to install full flush toilets at a cost of R1,5-million.  Within 9 months, 70% of the toilets had been vandalised.  The repairs cost another R1,1-million.

These are all factors to consider as the so-called "toilet wars" escalate in the months ahead.  We will remain focused on doing what we can to spend money where it is most needed, to create conditions for everyone to live a dignified life.  But no government can achieve this outcome on its own.  People need to get involved in improving their circumstances and maintaining public infrastructure.  Without this combined effort, we will never succeed in ensuring a better life for all.

This article by Helen Zille first appeared in SA Today, the online newsletter of the leader of the Democratic Alliance.

We can win Gauteng - Helen Zille

The Ingonyama Trust case and EWC

Reflections on the Timol case

"Everything of value is defenceless"

EB-5 ruling allows you to invest in America for your Green Card from only $500,000

"Yet to develop traction, Cape Independence may see support as dissatisfaction grows" - BizNews

David Shapiro: “I’m not a great value investor – but these are areas you simply cannot ignore” - BizNews