The Rise and Demise of the Afrikaners

The Rise and Demise of the Afrikaners 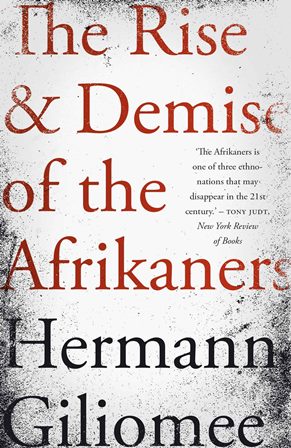 The Afrikaners are unique in the world in that they successfully mobilised ethnic entrepreneurship without state assistance, controlled the entire country, and then yielded power without military defeat.

Award-winning author Hermann Giliomee, takes a hard analytical look at this group’s dramatic ascent and possible disappearance as a nation in a series of well-argued thematic chapters.

Topics range from ethnic entrepreneurship, political parties’ use of the ‘coloured vote’, ‘Bantu’ education, and the Rubicon speech to Nelson Mandela’s relationship with the last Afrikaner leaders. Finally, he examines the most likely future for this contentious group and the nature of its imprint on South Africa.

Hermann Giliomee is an internationally renowned historian. His bestselling Die Afrikaners was adapted into a documentary for kykNET in 2018, while the original English, The Afrikaners: Biography of a People, was published to acclaim both here and in the US and UK. It was described as ‘magisterial’ by The Economist,

He has been an associate at Yale, Cambridge and the Wilson Centre for International Scholars in Washington DC.

* Price is subject to change

Will the BRICS make or break South Africa?

Grounded SA airline pilots: is it time to take off in another direction?