Senate House, University of the Witwatersrand

A love of beautiful things

Let me start by thanking Professor Habib and Wits for holding this memorial, it is profoundly appreciated by the family and a wonderfully fitting tribute to our mother. In this regard, and in particular, thank you to Yunus Ballim and his team for the great care and dedication they took in putting this event together. To all those who spoke so well of our mother today, thank you. She would have been so touched by both the praise and your presence. And so, lastly, and by way of thanks, to all of you who are here in-person or online, thank you too.

Today I am speaking on behalf of my sister Jessica, my brother Matthew and my father, Charles.

She devoured books, and art and music and drama. She reveled in science and technology. She marveled at architecture and engineering and medicine. She was in awe of nature and biology, of both the universe and the atom. And she immersed herself in theory and debate, in sociology and history, in politics, science and philosophy.

All the beautiful things in this world, and the people responsible for them, animated our mother. It did not matter what form an insight took – be it a glorious painting, a person defying the odds, a complex microchip, a lyrical argument or a natural wonder – it sparked in her an instinctive admiration and authentic curiosity: to understand why it was that such a thing had come about. She loved these things for their own sake.

And she loved all of it. Brahms and the Beatles, Gramsci and Peter Cook, Matisse and Gary Larson, they were all equally delightful or fascinating. As was their worldview, and the circumstance of their particular genius or influence. She saw this wonder everywhere, often in places no one else was looking and in people no one else acknowledged. And she would bring to any such discussion a raft of powerful insights and opinions forged by an instable appetite for knowledge and understanding, couched in a compassion particular to her.

In this way, she was a litmus test for the quality of knowledge and debate. When surrounded by intellectual curiosity and insight, she came alive. When she would enter some arena defined by the banal or inane, she would be downcast – genuinely saddened that people or leaders might debase language or reason, both of which she cherished so dearly.

In a society legally obsessed as it is with meaning as prescribed absolutely in the written word, our mother lived between the lines. She was intrigued by those implicit and hidden - but more often than not determining – informal forces that shape so much human behaviour: by culture and psychology and the behaviour of crowds. And how she relished South Africa, as an environment so rich in magic, majesty and madness on all of these fronts. She wanted to understand it all, and to help others understand it. 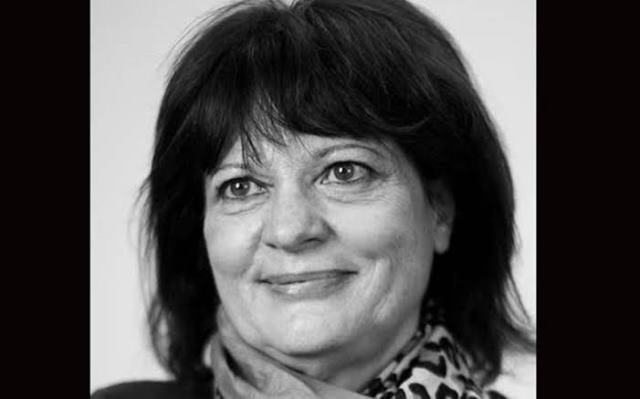 This passion was infused into her research, writing and teaching. Fiercely intelligent, independent and meticulous she could make language dance just as easily as she could build an impregnable monument out of evidence, both of which augmented her influence – which was enormous and far-reaching, deep and rich. She shaped so many debates and influenced so many lives, all in the infectious manner she went about her personal, academic and political life: always learning, always teaching, each one always informing the other. She was a delight to converse with, because she delighted in conversing, without pretense or false modesty.

This impulse, a magnetic force in our mother that drew her always towards the best humankind had to offer, is not common. Many people live in intellectual isolation, or appropriate ideas for partisan purposes, or simply have no interest in the world beyond their own horizons. Not our mother. She was genuinely enthused by human achievement, by the wonder that resides in potential progress, and in the minds and societies of those able to unlock it.

As a family, and as a result of her influence, we all are permanently enchanted by beautiful things. It was her and our father’s gift to us: a house briming with books, an essay discovered, a new insight or an interesting question, always with a song in the background or a series on TV. Her care and compassion held it all together; that and wicked sense of humour, so often the necessary and inevitable flip side of any intelligent desire to make sense of a world that defied reason more than embodied it. She had in her a lateral streak that could floor you just as easily as it could astound you. Humor was for her as insightful a tool in the right hands as it was funny. She was our hero, and we loved her totally.

It makes sense then, that at the heart of our mother’s life was a university, and Wits university in particular. It is true she was born into that universe, but it was also the only universe worth living in for someone of her disposition. It helped that Wits was an extension of our family, and extended to all of our family. Our father spent much of his life too, in service of Wits. Jessica, Matthew and myself are all Wits graduates, all three of us were lucky enough to be capped by our mother. Wits was the backdrop to much of our lives, but it was a central pillar for our mother.

It made sense too, that our mother would rise to become deputy vice chancellor for research; for research is the frontier of knowledge. She understood that if it was to be advanced, it would have to be staffed by the best, well-funded, and promoted and defended as a necessary public good, especially in an environment often hostile to those endeavors. In turn, that the benefit of excellence would fall first to students themselves, and then to the society they would later shape. That was her manifesto.

AC Grayling says that, “A society which resents excellence is a society in trouble. What good does it do us if we hold back the best, to make the rest feel better? …One doesn’t have to attain excellence to get the benefits of trying to attain it, but there is no point in having anything less than the ideal, which gives the trying its point.”

She did not lack for ideals, our mother. She dreamt of a South African Ivy-League of research-intensive universities, evidence of the extent to which her own horizons far eclipsed the outlook of those in power - a narrow and mediocre worldview, where universities are conceived of more as factories than laboratories, and outcomes measured in throughput more than quality.

That was a belief she took to parliament, as the shadow minister for higher education, and one she fought for behind the scenes, as much as she did in public, at Wits and in the Democratic Alliance. The forces for populism are stronger today than ever they have been. Always she was able to look beyond the moment, to hold the bigger picture in her mind, and never to relinquish those values and principles she held so close to her, in order to appease or compromise.

She understood, better than many universities today, that ethnic or race-based nationalism is a threat to beautiful things. That nationalism values conformity and patriotism, process and moral equivalence - all euphemisms for control, not freedom. That its purpose is never to rise with the tide of human potential, and mark the high point as your aspiration; but to wait rather for the low tide, and forcibly anchor every boat at that depth. She was not afraid to say so, something that cannot be said of many in the academy, who cower before African nationalism today, while having conveniently focused much of their energy on dismantling the injustices of Afrikaner nationalism.

It is worth saying she was brave in other ways too. Astoundingly brave in both her life and death, in a manner that could only ever fill you with awe and utter admiration, if not disbelief at the depth of the well from which she drew on an endless inner strength. She did that for others as much herself. She was selfless in the most noble way.

There was a profoundly powerful, ever gentle and patient, always calming and endearing love that our mother exuded. First for her family, whom she adored and worshiped, then for her friends and colleagues whom she admired and loved. And there were so many of them, as this week has again revealed. She held them all close, and they her. It could only ever be that way, if you knew our mother, because she was fundamentally a good person, and her warmth, kindness and charm could fill a room with no more than a smile, in the way all good people can.

The ideal of a university, in its best sense, was always precious to our mother, rationally and emotionally. It was, for her, a cornerstone on which any properly functioning and modern democracy should rest, and a lodestar against which she made decisions and judgements. And always she tried to aspire to something better, to carry people with her, and towards that ideal.

And Wits was always for our mother the best chance South Africa had of obtaining that ideal. How she admired the people here, the history, the institution, the proud and long record of excellence. How she worried that a decline in funding, encroachments on academic freedom and deference before orthodoxy were eating away relentlessly at that foundation, across the board.

She was a giant, our mom. The kind of person whose influence, while telling at the time, is missed most when it is gone, for then the size of the hole they left behind is fully revealed. All universities have lost a deeply loyal, profoundly understanding, and absolutely principled solider for their cause. Wits University has lost on top of that one of its own.

But it is the world of ideas, ultimately, that is the poorest at our mom’s passing. The electricity on which her enthusiasm for beautiful things ran, could have powered a city. Luckily, all the beautiful things remain, and in them all we shall always see a bit of her, for that, really, is where is her spirit resides.

In defence of Nicoli Nattrass and academic freedom

UCT is on a slippery slope – Belinda Bozzoli