What was predicted has now come to pass. It is mid-winter and a Covid-19 storm surge is now sweeping across South Africa. On Wednesday Health Minister Zweli Mkhize reported that of the 45 389 Covid-19 tests processed 12 757 came back positive for the virus. On a seven-day rolling average confirmed cases are now over 12 000, up from 6 000 at the end of June, and reported deaths at 122, up from 60 in mid-June. 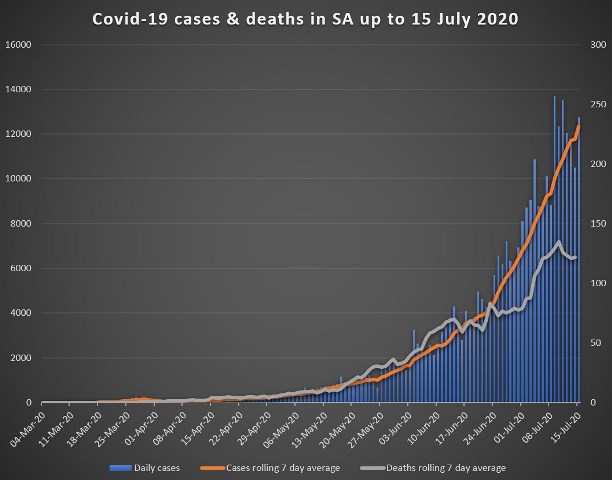 Another indication of the severity of the epidemic currently is the percentage of tests coming back positive. This reached 5% in mid-May but has risen steadily since then, and was at 28% yesterday. This is indicative not just of a raging epidemic, but also of a lack of contact tracing, and under-testing. Once again, the National Health Laboratory Service has failed to perform.

The organisation promised in late March that “At the end of April, the NHLS will be able to process approximately 36 000 test in 24 hours.” It is currently processing about 15 000 tests per day, about the same number as it was processing a month ago. The positivity rate has more than tripled in that period. In the week ending the 4 July the NHLS also took over four days on average to process tests, compared to around two days in the private sector. 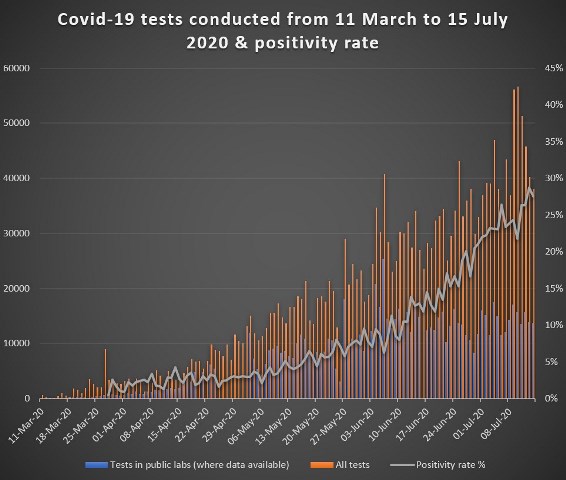 Buying a new car? Think hard about your decision