The following is an extract from Tony Leon’s new book Future Tense: Reflections on my troubled land, published by Jonathan Ball Publishers.

Midweek, and mid-afternoon, I zigzagged around various obstacles to arrive at the InterContinental Hotel, where Cyril Ramaphosa was the guest speaker at a business conference in September 2018 hosted by the South African Embassy.

The venue, on the mezzanine level, and the event itself, gave an indication of where the country and its new president stood in the world. Bearing in mind that Yankee Stadium was at its 60 000-person capacity in 1990 to welcome Nelson Mandela after his release from prison, and that Mandela’s successor, Thabo Mbeki, would have attracted a belt of heavy-hitting corporate CEOs and chairmen from the major companies, this medium-sized ballroom with its many empty seats told its own story.

The warm-up act was compèred by trade and industry minister Rob Davies, whose fashion choice of a maroon shirt and green tie somewhat deflected attention from his remarks. He had on stage representatives from two big companies, consumer-goods corp­oration Procter & Gamble and tech company IBM, whose task was to parade South Africa’s business attractiveness. But instead of top-level CEO endorsers, the two speakers were senior-management types.

Still, as we waited for Cyril Ramaphosa to commence speaking that afternoon in New York, a grizzled American lobbyist on Africa sitting near me said, ‘It doesn’t really matter what he says. The whole point of this afternoon is that he is speaking and not Zuma.’

‘Not Zuma’ was indeed Ramaphosa’s only international calling card at the time, as his partial victory had meant he was saddled with policy pledges to implement land expropriation without compensation (EWC) and nationalise the Reserve Bank, among other delights plucked from the 1960s socialist playbook.

But what, in fact, were Ramaphosa’s own views and values on the most important and pressing reforms needed to right-size South Africa and unite it after a decade of division and misrule? Did he have a vision of what the country needed and what to do to achieve it?

Here the view was deeply occluded. Ramaphosa had both a chameleonic resumé and a paradoxical outlook: ‘a representative of both sets of black South Africans who [had] done well since 1994’ – the trade unionists and the black economic empowerment (BEE) millionaires – he came from both groups and was hardly likely to upset either. 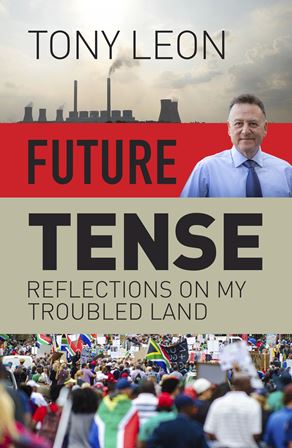 Trade unionist, one-time communist, business billionaire, he had variable and excessively vague views on the most urgent issues. His own alleged pro-business standpoints were often more the imaginings of his millionaire backers than the result of any entrepreneurial flair or grit on his part. His vast pile of cash was the result of BEE receipts and major board appointments and share options: he held great wealth rather than having created any.

Ramaphosa’s most noteworthy accomplishment before national politics was his stewardship of the National Union of Mineworkers (NUM) from 1982 to 1991. In his time there, the industry employed 500 000 people and its gold mines were producing 504 tonnes of the metal from sixty-five mines.

By 2017, I was advised by one audience member embedded in the industry, we were down to 110 tonnes from just nine mines, a drop of more than eighty percent in two decades, with plummeting job losses. Eskom power cuts and tariff hikes (a surge in pricing of 500 percent in a decade), populist unions and the cost of very-deep-level mining had extracted a fearsome price.

Around the same time as Ramaphosa’s New York foray, mining veteran Jim Rutherford, a one-time director of mighty Anglo American, spoke for many when he told a local mining conference in Johannesburg, ‘South Africa does not feature on the international investor radar.’ International mining equity investors had ‘largely given up’ on South Africa, and saw better opportunities elsewhere, he said.(In early 2020, after a hundred years as the icon of mining in the country, AngloGold Ashanti, the latter-day incarnation of Anglo American’s gold mining, exited the country completely.)

Although immediately following Ramaphosa’s election there’d been a surge of economic optimism, dubbed ‘Ramaphoria’, among suburban matrons and in the ‘chattering classes’ – intellectuals or artists who tend to express liberal opinions – who normally were staunch in opposition to his party, was he really a non-racialist in the mould of Mandela? After all, he’d warned voters in rural Limpopo in 2013 that not voting for the ANC meant ‘the boers will come back to control us’. (He later ‘clarified’ this attack as directed at ‘the apartheid regime’ and said that it was ‘unfortunate’ that his statement had caused offence.) And this is by no means an isolated instance of Ramaphosa’s ‘doublethink’, where the speaker simultaneously espouses two contradictory views, à la George Orwell’s Nineteen Eighty-Four.

An old political acquaintance, Dr Mario Oriani-Ambrosini (who died very prematurely in 2014), related in his memoir that during the constitutional negotiations in 1994, Ramaphosa had told him the ANC had a ‘25-year strategy to deal with whites’. ‘It would be like boiling a frog alive, which is done by raising the temperature very slowly. Being cold-blooded, the frog does not notice the slow temperature increase.’ Ambrosini took this to mean that ‘the black majority would pass laws transferring wealth, land, and economic power from white to black slowly and incrementally, until the whites lost all they had gained in South Africa, but without taking too much from them at any given time to cause them to rebel or fight.’

The facts, from a raft of legislation to proposed constitutional amendments, lent credence to this account. And in late 2018, with the ‘25-year strategy’ nearing its end, Ramaphosa lashed out at what he termed ‘lackadaisical’ whites for their attitude towards transformation, and warned in a radio interview that ‘we need to use a multiplicity of pressure points’.

That September afternoon in New York, Cyril Ramaphosa eventually took the stage but his speech was more word salad than menu of thoughtful ideas and bold actions. Having the day before advised The Wall Street Journal that ‘we were too slow with some reforms [but] now the reforms are coming fast and furious,’11 he certainly didn’t announce any in his speech that day (and, indeed, we still await a sign of them two years later). Instead, in a curious note to strike to wary potential American investors, he invited those present to join South Africa on its ‘journey of transformation’.12

Some in the audience had already been on this particular ride: policy uncertainty, stringent BEE codes, rigid labour laws, and soon a highly intrusive and interventionist competition policy aimed at foreign investors. Many had dismounted and disinvested. But Ramaphosa that day did what he did best: he offered emollient reassurance in dulcet tones of trust and confidence, and he doled out the charm.

I’d formed the view, watching him over the years and based on occasional interactions, that he was like an old-style doctor – the diagnosis might be lousy but you trusted the GP.

But what was far less persuasive was another note: he sidestepped any responsibility for the failures of policy and execution of what was by that point two and a half decades of ANC governance. For example, while he correctly acknowledged ‘a lamentable crisis in education and the country’s skills deficit’, instead of manning up to his party’s 24-year failure on this front, he blamed the whole mess on apartheid. Ramaphosa, while far more articulate than Zuma (who famously couldn’t properly read out a set of figures in public), was essentially cut from the same blame-game/avoid-accountability mould.

I left the hotel in New York reminding myself this was the first time I’d seen Ramaphosa in action as president, and thinking that, like most of the addresses I’d heard him make in Parliament years before, it had been fluently delivered but content light.

The need for a liberal party in a time of peril

The liberal opposition: From here, to where?

Corruption: We must have the courage to remove the stubbornly rooted disease