Did Zuma & Motsoaledi get their AIDS stats wrong?

Last week President Zuma revealed an utterly dumbfounding 'fact' -- Aids caused a staggering 32 percent surge in registered deaths in 2008 (see here). This meant more than 180,000 more deaths last year than in 2007. The story made global headlines. It looked as if the apocalypse so long predicted had at last arrived.

Early this week the Minister of Health, Aaron Motsoaledi, repeated the numbers at a press briefing (see below). Again, mass coverage resulted.

I'm always ready to eat my hat, but experience has taught me NEVER to trust an Aids bwana. So I started making calls. StatsSA were clueless, but I eventually got an explanation from Dr. Debbie Bradshaw at the MRC in Cape Town. She said, "I don't know where the problem lies but Zuma somehow got the numbers wrong. The minister of health too. Somebody transposed two digits. Somebody must be dyslexic. We will forward a memo on the subject to the health minister."

In other words, there is no apocalypse. No massive Aids-related death surge. If anything, death registrations are stable.

So heads up. This country is full of HIV consultants and researchers and specialist HIV hacks who are paid a lots of money on account of their supposed expertise. The state president says that the Aids equivalent of an atom bomb has detonated among our people AND THERE'S NO REACTION AT ALL FROM ANY OF THEM. They all knew, like I did, that Zuma's number was bullshit, but they were perfectly happy to let it stand, cos big Aids numbers are good for business, innit?  NOT ONE OF THOSE MOTHERS SAID ANYTHING! They think you are stupid and want to keep you that way. 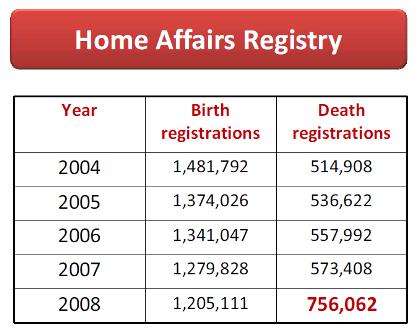 The trend according to Stats SA: 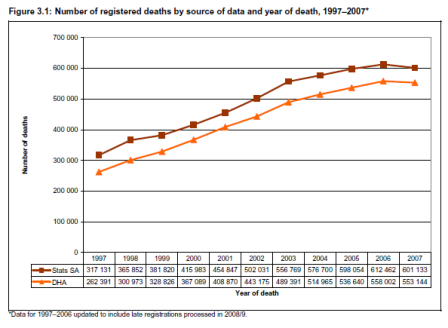 Raceballs 23: Beware the return of the White Man!

Beware the anaesthetists of EWC

The next wave of state capture is coming

"SAA crisis: Gwede Mantashe has the solutions, but can he talk sense to Cyril?" - BizNews