Finding my Father, the Lesser God

I was nine years old when my father, Jock Isacowitz, died in January 1962. I was aware at the time that he was notable in certain circles as an opponent of apartheid, but knew few of the details. His loss, for me, was entirely personal; I was oblivious to any wider connotations.

My initial semi-ignorance persisted for the better part of my life, an expanding hollowness as my memories of my father faded. The image I had of him was similar to that of a minor deity; a dead hero – emblematic of strength, power and good behavior – whose actual deeds were lost in the mists of time. Like the ancients, I revered him out of a combination of duty and superstition. 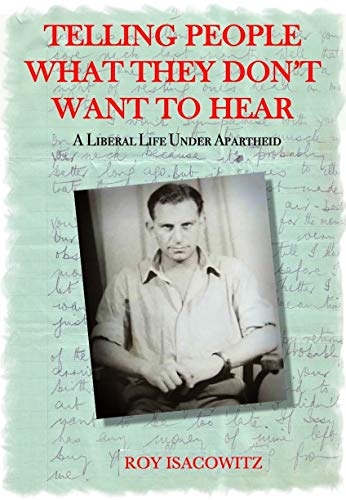 When I finally began researching my father’s life, I discovered a person and a milieu – specifically South African, Jewish and mid-20th Century – which seem quaint and anachronistic in the current world. Perhaps because they had lived through fascism, Jock and those few like him believed in the inevitability of progress towards a better, more humane society. They believed that politics could lead to positive outcomes.

Having grown up during the years of hard-core apartheid and lived most of my adult life in an Israel bent on repeating, if not improving on, the apartheid experience, such naiveté shocked me. I had grown cynical; developed a carapace of skepticism that was impregnable to idealism and high-mindedness. I had to reshuffle my internal pack to come to grips with a period in which Zionism could be regarded as redemptive and the ANC was not out to ransack the coffers.

There were still good guys and bad guys in those days, it seems.

The Zuma year for doctors: An administrative mess

Keep calm and lap up the warm weather