The South African National Editors’ Forum (SANEF) is deeply concerned and disgusted by the labelling of certain prominent South African journalists and editors as “Stratcom” agents in a front-page article published by all major Independent Media-owned newspapers on Friday. This is the second time in as many weeks that prominent journalists have been called “Stratcom” agents without any proof being provided by those making the accusations. At issue this time is the unsuccessful listing of Sagarmatha Technologies on the JSE by the owners of Independent Media (see here).

The faces and names of South African journalists who have reported critically on this transaction are published alongside those of Vic McPherson and other masterminds of the apartheid state’s Stratcom operation whose main aim was to sow division and spread lies in the anti-apartheid movement. This led to the death of many activists and the manipulation of facts to suit the agenda of the oppressor.

SANEF believes to equate this unlawful and corrupt institution with the work of critical journalists, playing their watchdog role in investigating private sector irregularities, is not only defamatory, but disgusting. This is a sad day for South African journalism. The Independent Media group has been a critical part of the media landscape for decades. Some of the finest journalism to come out of this country has been produced by journalists working on titles like The Star, Cape Times and The Mercury.

The orchestrated way in which all the group’s newspapers published this defamatory piece today shows something else at play, which purpose cannot be to serve the public. SANEF will urgently engage our members at Independent Media to convey our deep concern about this unfair episode and gain a better understanding of the issues at play that are seemingly not serving journalism.

SANEF will further write to the Public Investment Corporation, a main shareholder in Independent Media (to the tune of R1 billion in equity stakes, loans and converted debt), to urgently express our deep concerns about the lapse of journalistic principles and standards at this important voice in the media landscape.

The PIC invests money on behalf of government employees in projects to grow and strengthen democracy. We believe that labelling bona fide journalists “Stratcom” agents for investigating a private sector transaction fundamentally undermines this purpose.

SANEF stands in solidarity with editors and journalists within the Independent Group who value editorial independence but are seemingly powerless to stop these stories. 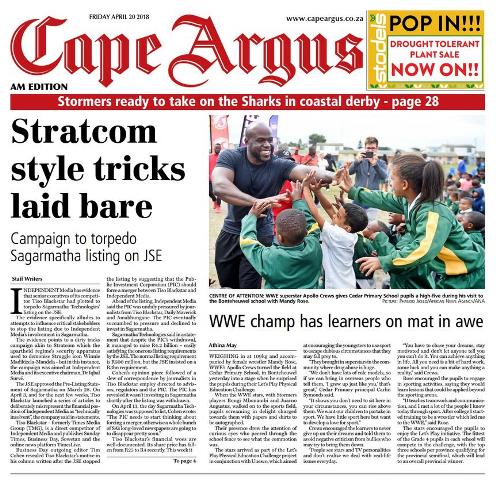