The bi-annual Commonwealth Heads of Government Meeting (CHOGM) is taking place in London against the background of the usual promises of a fresh commitment to human rights and the spread and strengthening of democracy throughout an organisation that embraces 53 mainly former British colonies and 2.3 billion people, almost one third of the world’s total population.

Private chats, business deals, much ignoring of human rights abuses and the re-entry of  Zimbabwe after its long absence will be the expensive get-together’s real agenda over the next few days.

Sadly, most newspapers tend to concentrate on what high profile celebrities - especially the Young Royals led by Prince William and Harry and their good looking partners - are wearing rather than on the burning issues of our time – the ever widening gap between the Commonwealth’s noisy rich and its silent poor.

An editorial in The Times headed “Reform of Die” said this week that now is the time for the Commonwealth’s diverse group of leaders to “think again” about how the organization is led, with India holding the key to the future of what the paper described as “a poorly managed and increasingly irrelevant organization.”

The paper said: “As its 53 leaders meet in London, the Commonwealth will have to convince sceptics that it is not on the very cusp of extinction. Despite its name, the organization does not represent what could be termed a set of common values. Some members outlaw homosexuality, others have a heavy-handed way with the press and are ruled by president-for-life. Nor do many live up to the ‘wealth’ of the Commonwealth.” 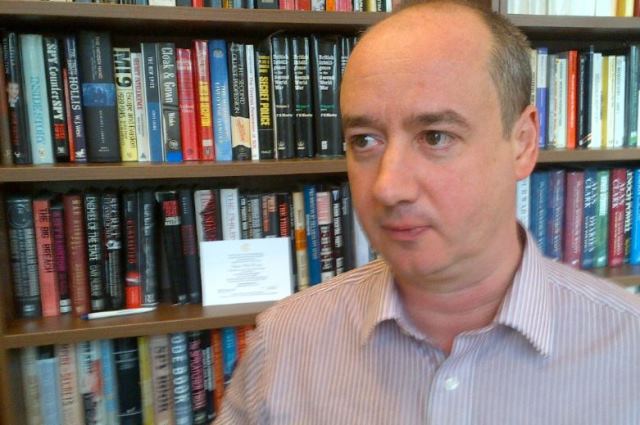 It went on:” This week’s summit then comes at a pivotal moment. The Commonwealth was designed as a way of retaining ties with the remnants of Empire. It worked for a while, smoothing the path to independence of former colonies and demonstrating that an imperial power could exercise influence without imposing itself. Sixteen members still recognise the Queen as head of state. The question of who should succeed her as head of the Commonwealth is intertwined with broader issues of governance and mission.”

Central to the existence of the Commonwealth is the presence of the Queen. But she’s 94 and has decided to pass on many of her state duties to her eldest son, Charles who will turn 70 this year.

The British Government wants to see him “crowned” as the next head of the Commonwealth. The prince’s spin-doctors at Clarence House have been conducting a Charles promotion campaign for several years. This week, Prime Minister Theresa May came out in public support for his candidacy.

To paraphrase the late Mandy Rice-Davies - She would, wouldn’t she?

The issue won’t get a public hearing at this year’s CHOGM though Commonwealth sources say it’s the hot topic for discussion on Friday when Club leaders enjoy their little publicized “retreat” to meet the Queen informally at Windsor Castle.

The Young Royals are everywhere this week.

CHOGM opened on  Monday with the news that arguably Britain’s most popular young royal, Prince Harry, will share his new  position as a Commonwealth Youth Ambassador with his girlfriend and soon wife-to-be, the American actress Meghan Markle.

The couple will embark on tours of the Commonwealth at taxpayers’ expense. The role of Youth Ambassador is seen as important because around 60 percent of the Club’s membership is under the age of 30.

Whether those two members of what the tabloids call ‘The Fab Four’ – William, Harry, Kate and Meghan- will warm the hearts of young people without homes, victims of climate change,  poverty, disease and increasing civil and religious strife in their countries and regions remains to be seen.

But from the British point of view, Winsor Castle isn’t a bad place to try and convince slightly skeptical Commonwealth leaders that Prince Charles is the right man to head up the Commonwealth after the death of his mother.

But there are a growing number of senior Labour Party politicians and at least one senior Commonwealth academic who say the time has come for the Commonwealth to break from the royals.

Labour leader Jeremy Corbyn said on a Sunday morning TV show –“I think the Commonwealth ought really to get a chance to decide who its own head is in the future. The Queen clearly is personally very committed to the Commonwealth but after her I think maybe it’s time to say the Commonwealth should decide when its own president is on a rotational basis.”

Then a Commonwealth heavyweight, Professor Philip Murphy, Director of the Institute of Commonwealth Studies entered the arena raising eyebrows in the Commonwealth and temperatures at Buckingham Palace by throwing a spanner in the Prince- Charles- for- Headship works.

The distinguished academic and author of the just published “Empire’s New Clothes: The Myth of the Commonwealth” said that the Club can only survive by severing its links with the British Royal Family.

Although he has not suggested a clear alternative to who should head up the organisation, he said that right now most people, especially the British media, “see the Commonwealth almost entirely in terms of the British Royal Family. It keeps the Commonwealth alive but for it to thrive it has got to survive on its own merits. Breaking the links with the Royal Family is the only way to keep it healthy and relevant.”

And many who do want to see the Commonwealth survive and thrive demand that an issue that cannot be solved in private should become a matter of public debate and concern.

Truth is, few young people know about or care about the Commonwealth.

Two years ago, I interviewed several students at Kent University about the Commonwealth. Most said it was irrelevant, a fashion parade. One asked if it was a football team. Another wondered if it was a pop group?

The creator of the Commonwealth Journalists Association (CJA) Derek Ingram says that people must do some homework and return to 1949 when India virtually saved the Commonwealth by agreeing to become a member even through it had opted for republican status.

The key document that sent the ship on its way across a multi-cultural/racial post world war ocean was the London Declaration of 1949.

Said Ingram:” The Declaration was agreed in 1949 at a meeting at 10 Downing Street of leaders of the eight Commonwealth countries which were then independent.

“The Declaration enabled India to remain in membership as a republic, creating the title Head of the Commonwealth and conferring it on King George V1. Hitherto, the head of state of all Commonwealth countries was the British monarch and there was no provision for a republic. The common assumption is the Headship is vested in the British monarchy. It is not. Under the 1949 Declaration, it was invested in the person of the king. He was accepted as the symbol of the free association and as such Head of the Commonwealth.”

Ingram asked: “So what happens when the Queen dies?”

He answered: “Because of the lack of understanding of the London Declaration, it has been generally assumed that Prince Charles will succeed. Yet that does not follow. The downside would be if this did happen it could help perpetuate the image of a British Commonwealth, which the organization must totally throw off if it is to be seen as a truly international body. When the time comes all Commonwealth countries will need to consult.”

Behind closed doors the debate continues. Now is the time to open them and let the rest of us see what’s being discussed, what deals are being done.

Hopefully, the 1949 London Declaration will soon become of greater interest to the British public than what Miss Merkel and Kate Middleton are wearing on their heads, backs and feet.

Trevor Grundy is a British journalist who lived and worked in Eastern, Central, Southern and Western Africa between 1996-1996.

We are launching an ambitious new investment drive - Cyril Ramaphosa

Should Africa's looted art be returned?