Cape Town - A small group of individuals created a bonfire out of paintings they took from the Fuller and Smuts residences at the University of Cape Town's upper campus on Tuesday night.

First-year student Logan Geldenhuys was on his way to visit a friend at Fuller residence when he saw a small fire on the campus.

The fire was next to a shack that had been erected in Residence Road by #RhodesMustFall supporters who were protesting against the university's lack of residence accommodation for students from poorer backgrounds.

The fire was ignited around 19.00 on Tuesday, Geldenhuys said. In less than an hour, four police vehicles and a fire truck were on site and had doused the fire.
Police moved the protesters to the steps along Residence Road. It was not immediately clear whether those involved in the vandalism were all students.

UCT spokesperson Gerda Kruger said a university representative had urged the protesters to move their shack out of Residence Road, due to the traffic backlog it was causing.

"Our intention was never to stop the protest," Kruger said.

"They refused, and while we were still deliberating on what to do, a group entered the two residences on our upper campus, removed artwork from the walls, and set it alight in a fire."

According to a video posted on Twitter, a number of people were arrested at the scene of the fire after police used stun grenades to disperse the crowd. A police vehicle flattened the shack.

Police spokesperson Lieutenant Colonel Andrè Traut denied there had been any arrests, but confirmed that police were called onto campus. Although he would not confirm whether stun grenades were thrown, he said police took "appropriate action".

Kruger said the institution would identify and discipline the students. This could include suspension or expulsion. If they were not students, the university would lay criminal charges.

The university was not against students protesting, but Kruger warned that they would have to face the consequences of their actions. 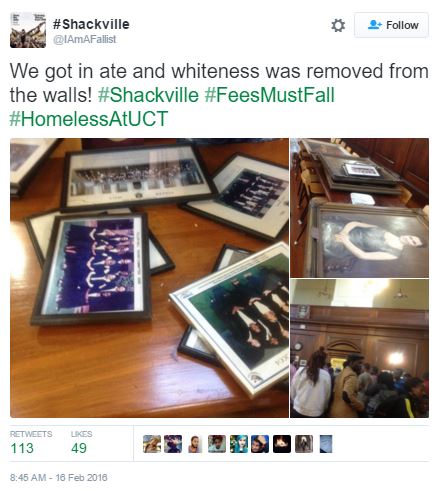 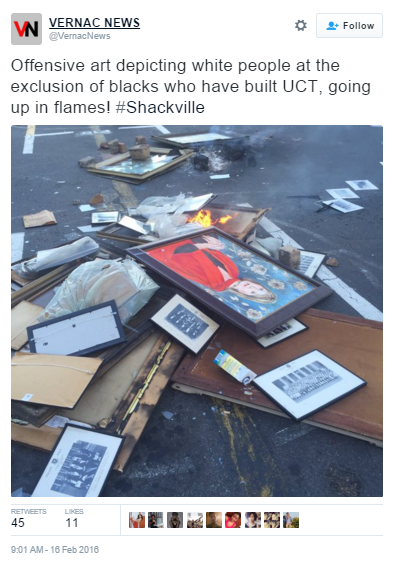 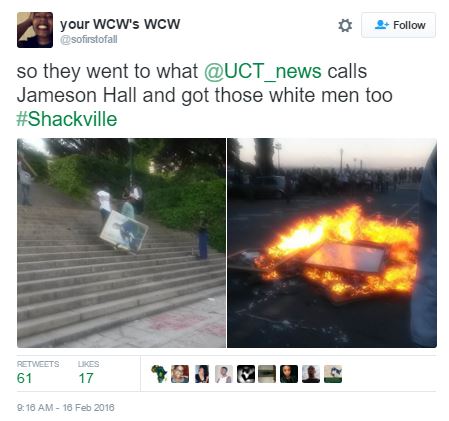 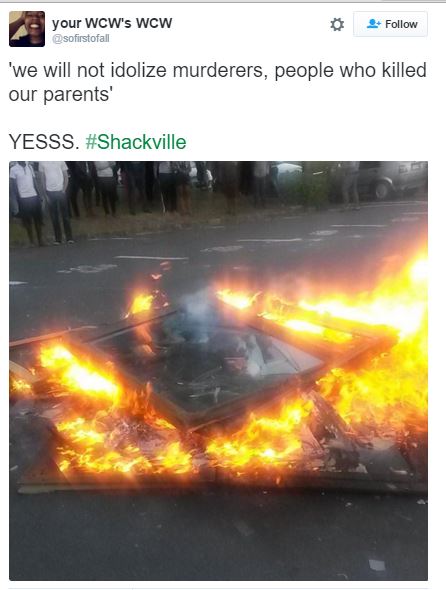 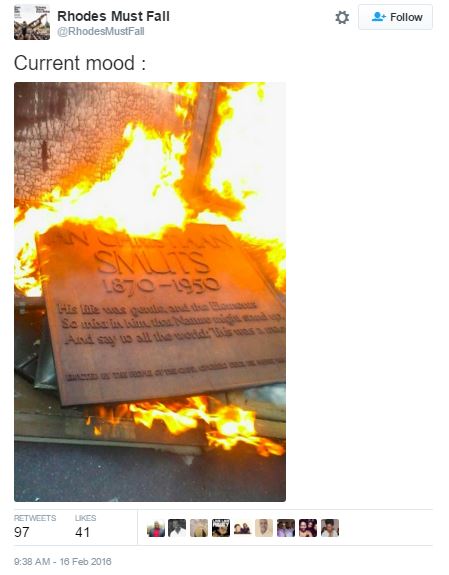 Piet Viljoen on Ascendis, Transaction Capital and his own portfolio