A big debate has been unleashed about crime statistics on attacks on farms and which database should be considered the correct one.

TAU SA would like to put it on record that we depend on open sources as well as our members who report cases to keep our statistics on farm attacks / murders as accurate as possible. Reported cases are only added to the database after they have been verified with a case number and we work strictly according to the definition of a farm attack as described by the SAPS National Rural Safety Strategy of 2011. Of course it can be expected that the statistics of the SAPS ought to be higher because official sources are used. However, that is not the case regarding farm murders as clearly shown by the following verified figures for the past 6 years: 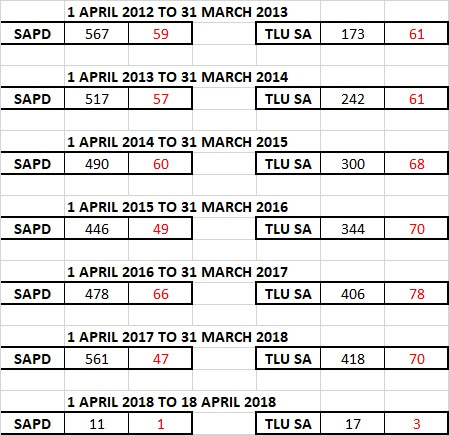 Mr Henry Geldenhuys, Deputy President of TAU SA and Chairman of TAU SA's National Committee for Rural Safety, expressed his concern that, despite the fact that farmers have made a lot of effort over the past to see to their own safety and the safety of farm workers, there is still a rising tendency of farm attacks and murders.

Farmers had to become better equipped to look after themselves because the state does not fulfill their responsibility in this regard.

According to Mr Geldenhuys, the focus should not be shifted from the real problem, namely that every murder on a farm is one murder too many. We keep ourselves busy with how statistics are gathered and updated instead of focusing on the crime itself.

TAU SA's letter to the minister of police requesting an opportunity for cross-checking statistics as well as discussion regarding the formation of a specialist unit to investigate farm murders is still unanswered.