Parliament plans to change the property clause in our Constitution to allow the state to expropriate land without compensation (EWC). Government alleges that EWC is necessary to restore land that was stolen during Apartheid; to redistribute land so that home ownership matches racial demographics; and to appease an electorate that is crying out for land.

President Ramaphosa not only claims that EWC won’t hurt the economy, but that it will bring more people into the fold by helping beneficiaries become farmers. Before altering the Bill of Rights, we should do some much-needed myth busting.

Myth One: Land has not been given back to its rightful owners

South Africa has a dark history of land theft. Justice requires that the wrongs of the past are addressed by awarding compensation to the victims of land dispossession. Over the last 23 years, the land claims court has resolved over 95% of the claims that have arisen. Over 1.8 Million individuals have received compensation either in the form of land or money and fewer than 3500 claims remain unresolved. 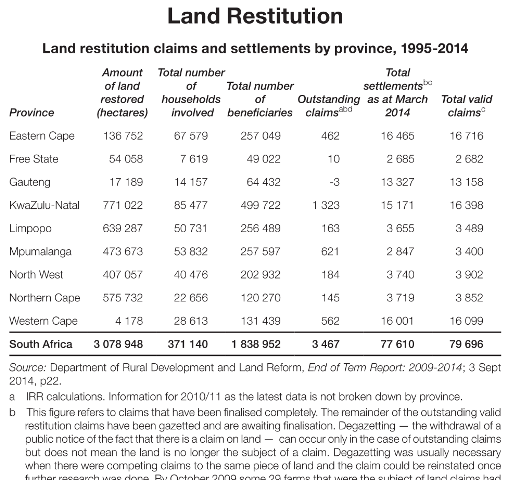 The Climate Change Bill is a monstrous absurdity

OrbVest seals purchase of fully-tenanted medical building in Florida, US

Flying the flag of 28 years of alienation