The Economic Freedom Fighter leader Julius Malema posted a tribute to Robert Mugabe on Twitter on Saturday to his 2,6 million followers which clearly was meant to be read as a call for the dispossession and expulsion of South Africa’s white minority. The tribute involved a number of quotes by the late Zimbabwean tyrant and race fanatic set against images of Mugabe with liberation music playing in the background.

The full script follows below.

"What we hate is not the colour of their skins but the evil that emanates from them. 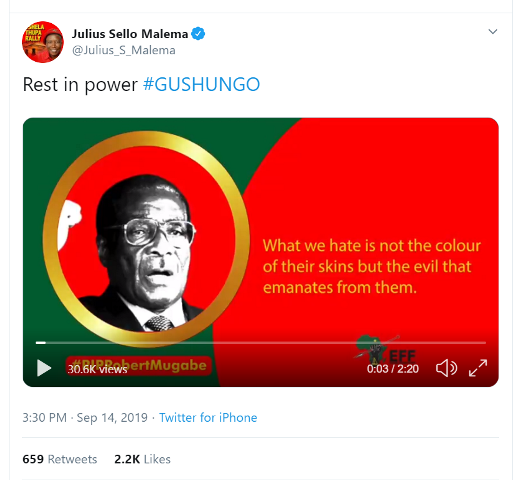 It may be necessary to use methods other than constitutional ones. 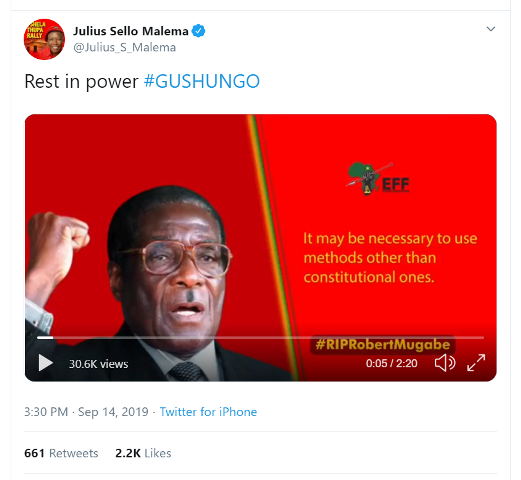 We don’t mind having sanctions banning us from Europe. We are not Europeans. 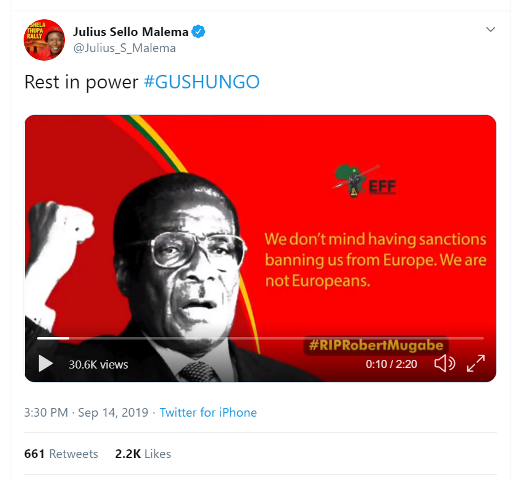 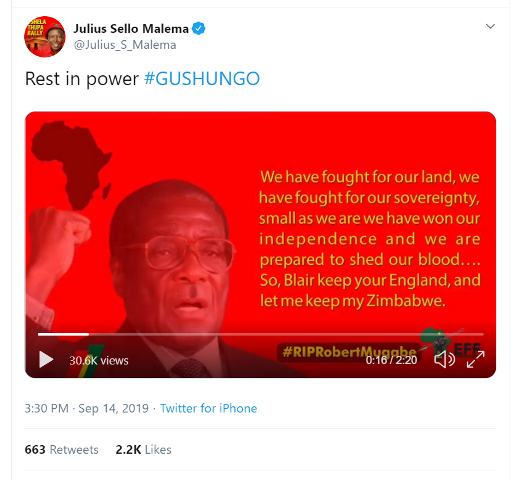 We of Africa protest that, in this day and age, we should continue to be treated as lesser human beings than other races. 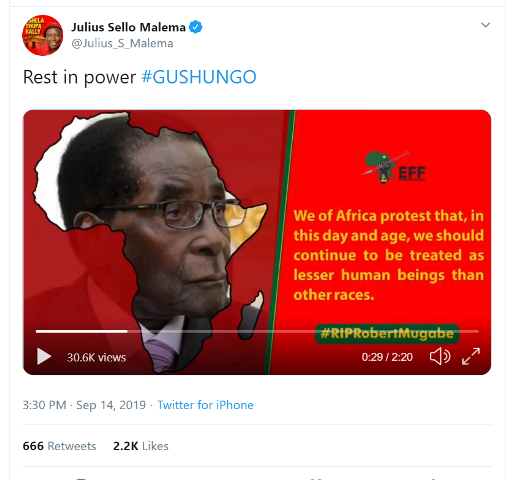 Mr Bush, Mr Blair and now Mr Brown’s sense of human rights precludes our people’s right to their God-given resources, which in their view must be controlled by their kith and kin. I am termed dictator because I have rejected this supremacist view and frustrated the neocolonialists. 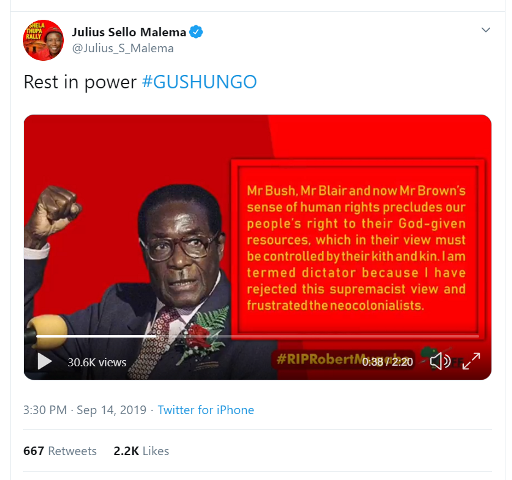 Our party must continue to strike fear in the heart of the white man, our real enemy! 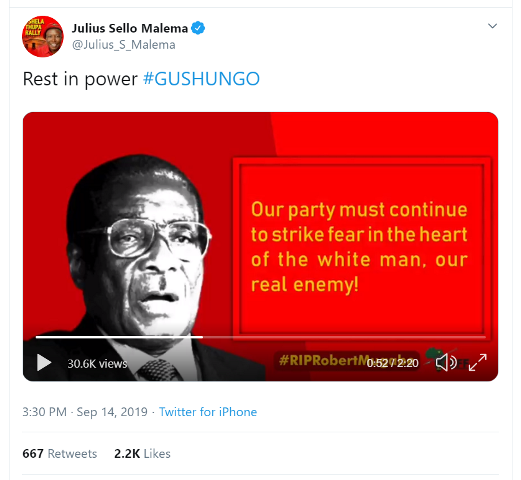 Was it not enough punishment and suffering in history that we were uprooted and made helpless slaves not only in new colonial outposts but also domestically. 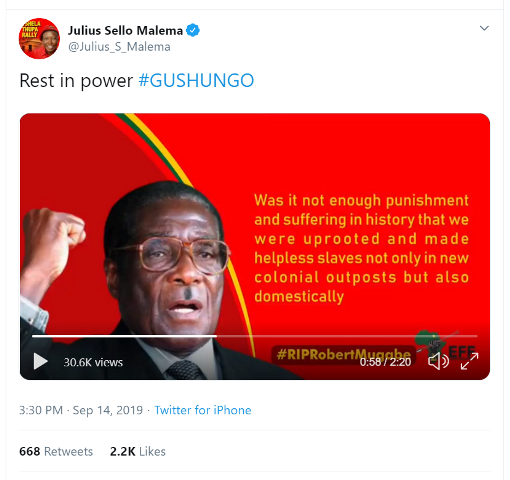 We are no longer going to ask for the land but we are going to take it without negotiating. 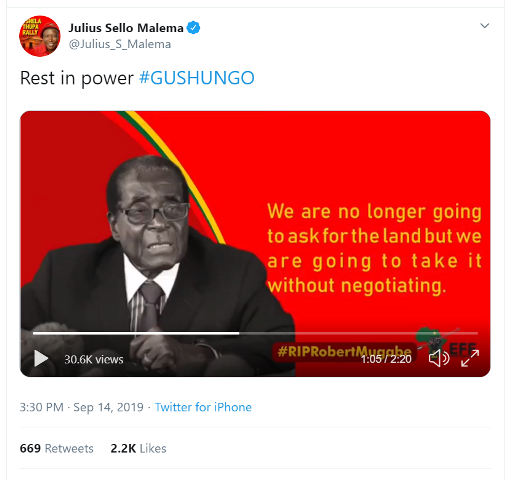 South Africans will kick down a statue of a dead white man but won’t even attempt to slap a live one. Yet they can stone to death a black man simply because he’s a foreigner. 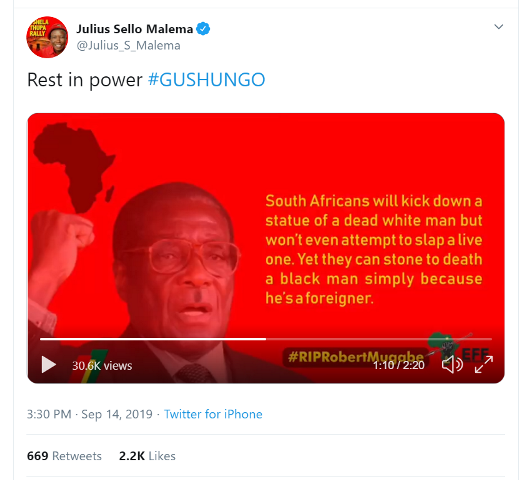 IMF is almost never a real assistance to developing countries. 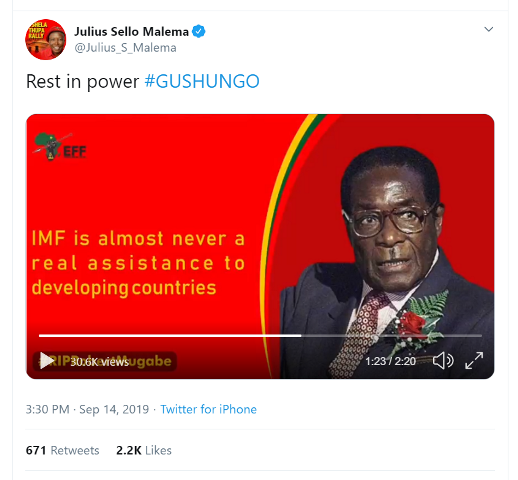 JOURNALIST: “Sir, don’t you think 89 years would be a great time to retire as a President?”

MUGABE: “Have you ever asked the Queen this question or is it just for African leaders?” 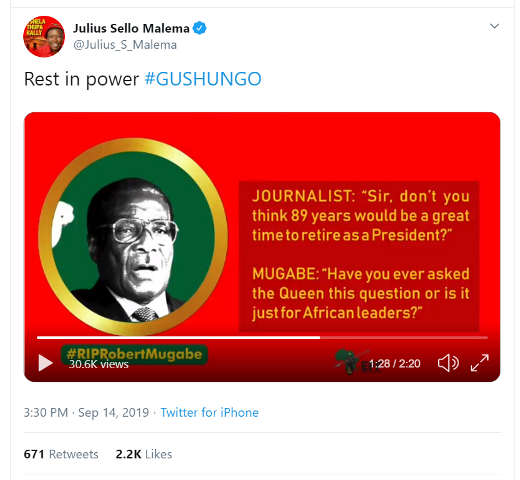 The only white man you can trust is a dead white man. 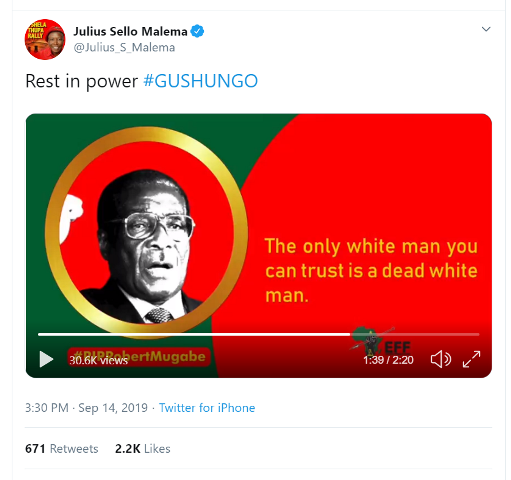 The white man is not indigenous to Africa. Africa is for Africans. Zimbabwe is for Zimbabweans. 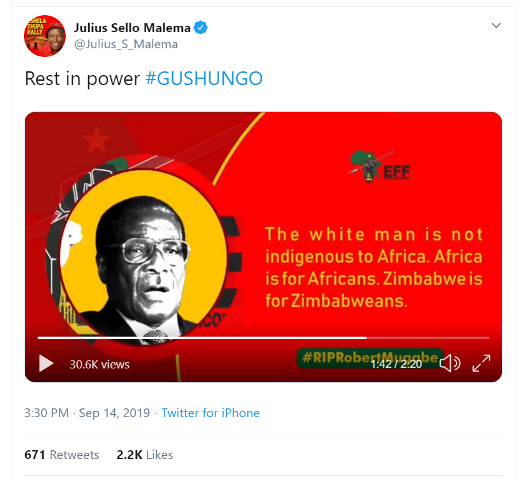 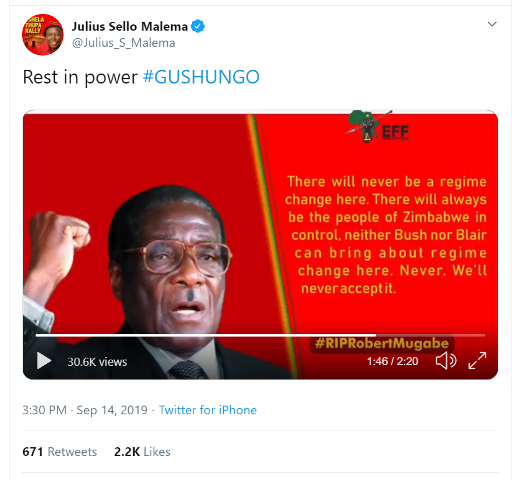 There are some blacks who have acquired these media conglomerates. It appears they have joined these whites in attacking Zimbabwe. Well, they are black white men and they are really putting on the master’s cap. Ramaphosa is a white man in a black man’s skin.” – Quote from 1999, recounted by Ramaphosa’s biographer Anthony Butler. 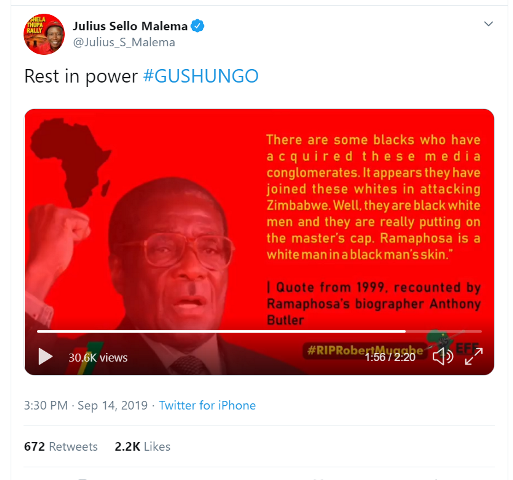 What is the problem? We now have aeroplanes which can take them back quicker than the ships used by their ancestors." 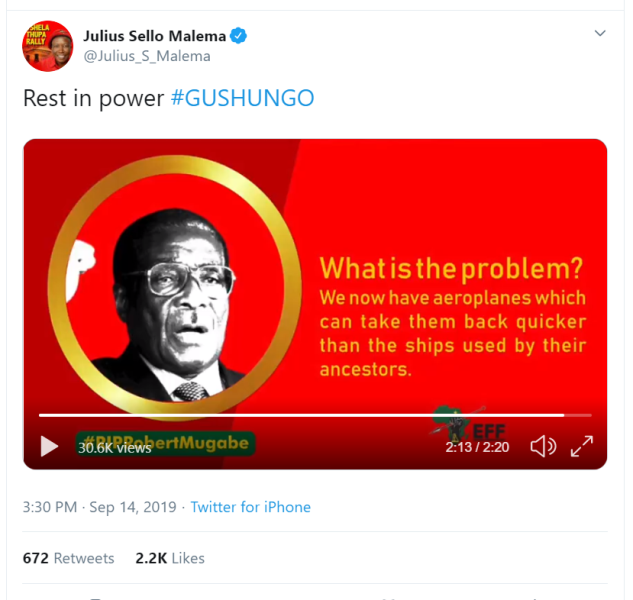 The tribute then concludes: 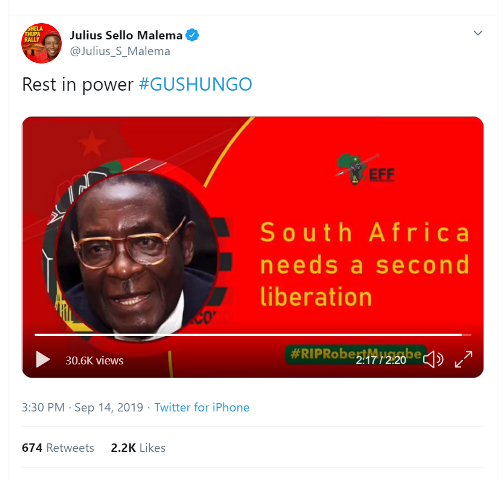 On the face of it the tribute is, in purpose and intent, in contravention of applicable European law against the propagation of racial hatred or Volksverhetzung, which is binding on Twitter, as well as company’s own stated terms of service on "hurtful speech". This states inter alia:

“Hateful conduct: You may not promote violence against or directly attack or threaten other people on the basis of race, ethnicity, national origin, sexual orientation, gender, gender identity, religious affiliation, age, disability, or serious disease. We also do not allow accounts whose primary purpose is inciting harm towards others on the basis of these categories.”

The company soon made clear however that it does not believe such rules are applicable in Africa:

We are sorry Barry Bateman called Malema a “poes” – EWN