Why is the ANC so destructive?

The following is an extract from RW Johnson’s upcoming new book “Fighting for the Dream”, published by Jonathan Ball Publishers.

What is remarkable about these proposals – whether the Mining Charter, National Health Insurance (NHI) or expropriation without compensation (EWC) – is not just their magical quality. It is almost as if the ANC is intent on throttling the economy. Mining and agriculture are, after all, the historic mainstays of the economy and the Mining Charter and EWC seem almost designed to bring both to a halt.

The most dynamic economic sector in recent times has been tourism, and here too the government brought in cumbersome visa requirements, which had the effect of repressing this vital sector (though some of these requirements were eased in September 2018).

As I have argued earlier, the effect of ANC policy has been to repress the economy more or less across the board. This is a circular process, for it produces ever higher unemployment and thus increasing desperation among the poor, which in turn leads ANC and EFF politicians to cater for that mood by proposing further populist ‘solutions’, which are really destructive non-solutions. The result is a downward spiral.

How is this possible?

Magical thinking too is a reflection of the leaderless state of South African society. For there is no doubt that most ANC leaders are blithely ignorant or uncaring about the dangers posed by such populist proposals and magical thinking. Ramaphosa has chosen to go along with EWC and to champion NHI although he must surely know that both policies would lead to complete disaster.

So what are we to make of ‘leaders’ who cheerfully advocate policies that would clearly destroy the national economy? More broadly, how do we account for a leadership that seems bent on repeating policies that have already failed elsewhere? As Einstein said, it is madness to repeat the same actions time and again, expecting a different outcome. 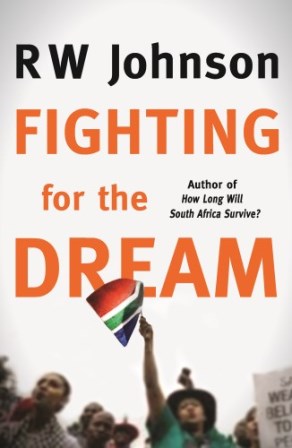 The answer is, as we have seen, that the ANC has failed to provide South Africa with a new ruling class capable of developing the country. At most it seems capable of managing just its patronage networks. We are back to the problem of ‘the vacuum at the centre’, instead of a replacement for the Afrikaner ruling class that so ruthlessly governed the country in its own interest.

That old ruling class had many sins to its name but over the 84 years since Union in 1910 it built a formidable infrastructure, a developed economy and a series of powerful and efficient institutions – the armed forces, Eskom, Transnet (including a large railway and port system), the civil service, a strong police force, a highly developed water distribution system – and much else besides. It was able to do all this because it was a class for itself with a strong solidaristic consciousness of itself.

This was crucial, for it ensured that individual or sectional interests within that ruling group were held in check and subordinated to a strong sense of a national interest – conceived, of course, within an Afrikaner, indeed a Broederbond, perspective.

Because the ANC has been unable to constitute a ruling class in that sense we have a political elite that is a mass of conflicting interests, with no solidaristic sense of itself and, as night follows day, little or no sense of the national interest. Instead it adopts magical thinking simply as a way of placating various factions, of not disturbing various vested interests by telling them uncomfortable truths, and because the leaders themselves wish to continue to dream rather than face up to the consequences of their own actions.

Magical thinking is thus the negation of proper leadership. Real leadership is Churchill telling his listeners that all he has to offer them is ‘blood, toil, tears and sweat’, De Gaulle spelling out the grim alternatives France faced in Algeria, or even PW Botha telling his followers that it was a case of ‘adapt or die’. In all these cases leaders faced their audiences with the blunt truth, risking their own popularity but knowing that only if they levelled with the electorate could they at least direct their efforts to a realistic end.

Mbeki, we have seen, was frightened of spelling out the economic imperatives that necessitated Gear. Zuma, throughout his term, made impossible promises and played to the populist gallery. Ramaphosa has begun in the same vein. This failure of leadership is not accidental but derives directly from the fact that the new ruling elite is merely a bureaucratic bourgeoisie. Again, Marxist terms are useful. This group has no settled relationship with the forces of production in the way that a class of farmers or industrialists might have.

Instead, it is an artificial creation, existing only on the taxes paid by old productive businesses and the white middle classes, which it resents and despises (though also seeks to emulate). It is pumped up in size and income purely as a matter of political fiat and without any regard to function or utility. Inevitably it is opportunistic, with its members continually seeking to build business careers by means of illicit family companies to which they attempt to divert state procurement. All attempts to prevent such practices have failed and, indeed, they are endemic.

The point is, of course, that as public servants they are mere employees, supplicants for patronage, while if they can build business careers they can become self-employed – with an independent relationship to the forces of production. This would – such is the dream – turn them into patrons themselves, instead of just clients. As a whole, this public servant class is characterised by its dysfunctionality. It is quite normal for failures of the state’s administration to be put down to ‘a lack of capacity’. This is quite literally true.

As the situation tightens …

As the economic situation has inexorably tightened, so the various sections of the bureaucratic elite, which all feed off the state in one way or another, found themselves facing the reality that things would have to change. As a whole, this group had gorged itself and also greatly increased in size ever since 1994, but its collective appetite had now far outrun what the state could provide.

The result was, immediately, to open up fissures in the ruling group, rather than cause it to stand together in face of the crisis. Thus, the new finance minister, Tito Mboweni, who replaced Nhlanhla Nene in October 2018, immediately made it clear that the state had no funds to keep bankrupt SOEs like SAA afloat and that it also could not pay for the huge new salary increases just awarded to the public service.

The result was interesting. Tahir Maepa, the spokesperson for the Public Service Association, responded furiously: ‘There is no way that we are going to sit back and allow a situation where dysfunctional SOEs keep on taking from the fiscus and we take the brunt for it. We are going to take [Mboweni] on …We are being put to failure and when we fail we are being blamed on both sides.’ Maepa said that civil servants were ‘easy prey’ because of the government’s failure to provide services, and called on Mboweni to tackle corruption and maladministration in government before blaming civil servants.

Thus, under the first onset of pressure the various sections of the bureaucratic bourgeoisie turn on each other, the civil servants against the political elite and the staffs of the SOEs: a perfect example of this group’s fissiparous nature. In truth, all these groups have been stealing as hard as they can, but, until now, all were shielded by a general rule of impunity. Their non-solidary behaviour derives directly from the fact that all these groups depend directly on the state. As the piglets get larger and lustier, and the mother pig becomes less keen to suckle them all, so they begin to fight harder and harder over the same teat.

Mboweni had pointed to the harsh fact that jobs would have to be lost in the civil service and that SAA could not be bailed out forever. Yet Ramaphosa rushed forward to say that SAA would be saved and that there would be no public-sector redundancies. This was pure magical thinking. Even as he spoke the SABC, the state broadcaster, was announcing a thousand redundancies.

Thus, South Africa’s polity and society are leaderless. This weakness has been exhibited in many ways. Under Mandela the ANC’s leadership elite bowed entirely to his leadership and his vision of a harmonious rainbow nation. But as soon as this was replaced by Mbeki’s naked appeals to race, equal fealty was given to that.

Even when Mbeki’s Aids denialism cost hundreds of thousands of African lives, no voices were raised against this policy. Similarly, even as Zuma allowed the state to be captured by a family of foreign origin, there was no open dissent from within the ANC. In effect, the entire ruling group was a completely malleable supplicant for patronage. A more self-confident and cohesive ruling group with a clearer sense of the national interest would have held these different leaders to act within its own terms.

Because the ruling group is so weak it is extremely vulnerable to populist appeals of any kind, so that the tiny EFF has had no difficulty in continually destabilising government and driving it along whichever paths it chooses. A stronger and more self-confident leadership would dismiss such marginal actors with contempt. It is this vulnerability to populism that explains why the ANC leadership has ended up espousing a set of policies that it knows would ruin the country.

This leaderless nature of the South African polity is thus the reason why the ANC government is blundering along so blindly, apparently incapable of carrying out the structural reforms that the world has been trying to press on South Africa for a decade or more. Indeed, the government has even proved incapable of achieving the far lesser goal of fiscal consolidation. Year after year it has promised lower budget deficits – and then failed to produce them. Inevitably, this weakness means that, once again, South Africa finds itself trapped within a political prison of its own making.

If you liked this article, and appreciate what Politicsweb does, please consider becoming a supporter through our membership programme here.

On racism, real and imagined