THE ANC STATEMENT ON THE PRIME MEDIA CARTOON

The African National Congress is appalled by the Eye Witness News cartoon that contains racial undertones and insults directed at South African voters (see below). We view this in serious light given the resilience of racism in the South African discourse and the condescending attitude demonstrated by some elements in the media and society.

Such attitudes particularly from the media reinforce the view that some sections of the media misuse the freedom of expression to undermine gains made thus far. We believe that media as a platform of influence need to counterbalance their freedom with responsibility and regard for the public. We expect the media to uphold democratic values and to reinforce responsibility based on ethical conduct.

We have noted that Prime Media, through Dr Jack & Curtis, has apologized for the cartoon (see here), however, we believe the underpinnings of the thought and message has already caused damage in the public domain and those who have seen the cartoon. The ANC will register its objections post their apology as this does not augur well for public confidence in the public representatives as intended by the cartoon. 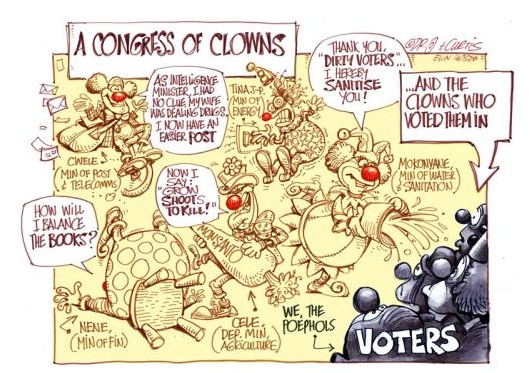 Max Sisulu gave no reason for his resignation from parliament - ANC

If you’re not worried about an ANC power grab, you’re not paying attention

The return of race law

Curfew and booze ban are back - Cyril Ramaphosa