SA's maths and science education: worst in the world

Furthermore, the overall perceived quality of our education system has also plummeted from 140 to 146 of 148 countries surveyed. It is also of great concern that Internet Access in our schools has slipped down by five slots to 116 of 148.

I will write to the Chairperson of the Basic Education portfolio committee, requesting that this issue be prioritised and that the Minister be summoned to Parliament to account for what appears to be the worsening state of our education system immediately.

Last year the ministerial task team established to investigate the progress of teaching programmes in maths, science and technology across South Africa and released a damning report that exposed gaping holes at every level of our education system.

The national strategy is out of date.

There is a shortage of qualified teachers.

The curriculum changes over the past decade have negatively affected teaching.

Universities are not training teachers adequately.

District offices are largely not capable of providing adequate support to teachers.

Furthermore, a reply to a subsequent DA parliamentary question revealed that the Department of Basic Education does not know the full extent of the shortages of Mathematics, Science and Technology (MST) teachers.

The reality is that Basic Education Minister Angie Motshekga has not done enough to address the maths, science and technology crisis. She has instead relied on 2001's out-dated MST Strategy.

The WEF ranking does not reflect the ability of South Africa's learners, but an education system that needs urgent intervention.

In 2013 the province's matric mathematics pass rate increased to 73.3%, with a similar upward trend in its matric physical science pass rate which went up to 73.7%.

It is imperative that we align both our education curriculum and the methodologies to achieve similar successes across South Africa.

Minister Motshekga's inaction has not only jeopardised our education system, but the very future our country and its children.

The time for complacency is over, the Minister must now act.

How South Africa scored in report: 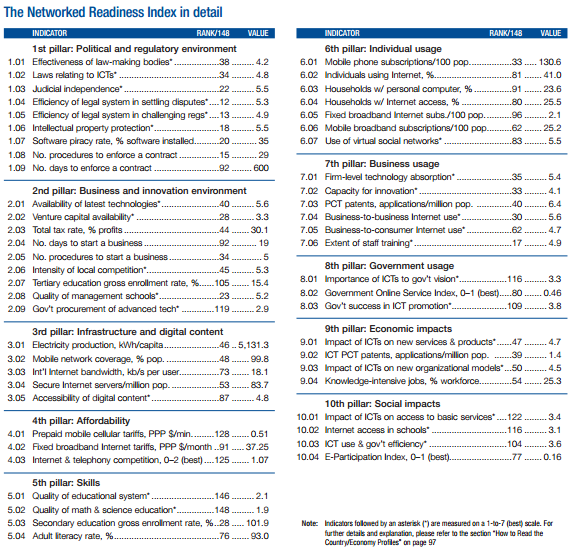