NPA refused to prosecute son of Adv George Bizos after he allegedly assaulted his wife, breaking six of her ribs

AfriForum will privately prosecute the son of George Bizos

The civil rights organisation AfriForum announced today that they will privately prosecute the son of George Bizos, world-renowned human rights advocate. This follows after Alexis Bizos physically assaulted his wife, Monique van Oosterhout, and the National Prosecuting Authority (NPA) refused to prosecute him.

AfriForum will institute private prosecution on behalf of Van Oosterhout, who was assaulted to such a serious extent that she sustained six broken ribs.

According to Kallie Kriel, CEO of AfriForum, the organisation believes in equality before the law and therefore decided to intervene in a case where a tyrant against a woman is apparently not prosecuted, merely based on the fact that his father is a prominent figure.

“One must remember: Approaching the authorities is extremely traumatic for the victim; the secondary victimisation experienced by victims of assault is often a reality and greatly depends on who is on duty at the time of reporting the case. Victims of violence generally experience a distinct lack of empathy when they are at their most vulnerable,” Kriel explains.

In addition to the secondary victimisation that accompanied reporting the case to the police, Van Oosterhout could after several interactions with the NPA not succeed in convincing the NPA to prosecute Bizos. The NPA subsequently issued a nolle prosequi certificate on 11 September 2015.

According to Advocate Gerrie Nel, Head of AfriForum’s Private Prosecution Unit, AfriForum once more applied for a nolle prosequi certificate and Bizos will be privately prosecuted for assault with the intention to do grievous bodily harm. “When a victim’s cries for help are left unanswered by her immediate family and environment and she continuously finds herself with her back against the proverbial brick wall with no support for her current situation, she feels that she stands alone. This leaves the victim feeling that the very laws that are there to protect and support her, have failed her in her moment of need,” says Nel.

AfriForum wants to encourage members of the public to support their campaign, #stopviolenceagainstwomen, and in doing so strengthen the civil rights watchdog’s private prosecution unit: SMS your name to 32782 (R1). 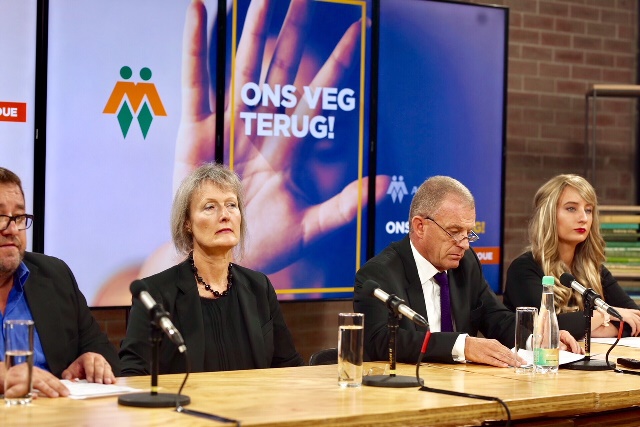 Duduzane Zuma to be prosecuted by Gerrie Nel

I'm not leaving the NPA because I'm upset - Gerrie Nel