AfriForum and the National Society for the Prevention of Cruelty to Animals (NSPCA) today announced during a media conference that Adv. Gerrie Nel, Head of the civil rights organisation’s Private Prosecution Unit, will privately prosecute Thandi Modise, Chairperson of the National Council of Provinces.

The NSPCA responded to a complaint received in July 2014 and came across one of the cruellest cases of animal abuse that the animal welfare organisation had ever seen. Modise’s farm was littered with carcasses of over 50 pigs and other dead animals such as geese, ducks, sheep and goats. The surviving animals, including pigs, sheep, chickens and goats, were left without food and water and were in a state of desperation when they were discovered. The NSPCA had to euthanise 162 animals due to their deprived conditions.

The NSPCA has in terms of the Societies for the Prevention of Cruelty to Animals Act, 1993 (Act No. 169 of 1993) the statutory powers to privately prosecute offenders.

“AfriForum’s Private Prosecution Unit investigated the matter and concluded that there is prima facie evidence to successfully prosecute Modise. It is essential to institute private prosecution to ensure that justice prevails,” states Adv. Nel.

“The NSPCA can prosecute in their own right should the Director of Public Prosecutions refuse to prosecute. We today advised the NPA that Adv. Gerrie Nel will act as the prosecutor on the private prosecution case on the charges of animal abuse against Modise. The animal abuse on Modise’s farm was some of the worst abuse that we ever had to deal with. The animals were left to their own mercy and many died of hunger,” says Marcelle Meredith, Executive Director at the NSPCA.

The NSPCA is grateful to AfriForum for providing Adv. Nel’s services to launch and preside over their first private prosecution. 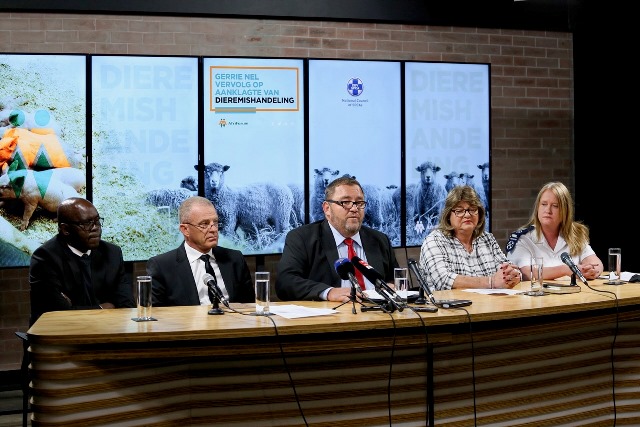