The latest statistics released by the South African Police Service (SAPS) indicate however that farm attacks have systematically been on the increase since 2011, while farm murders have increased significantly since 2015. 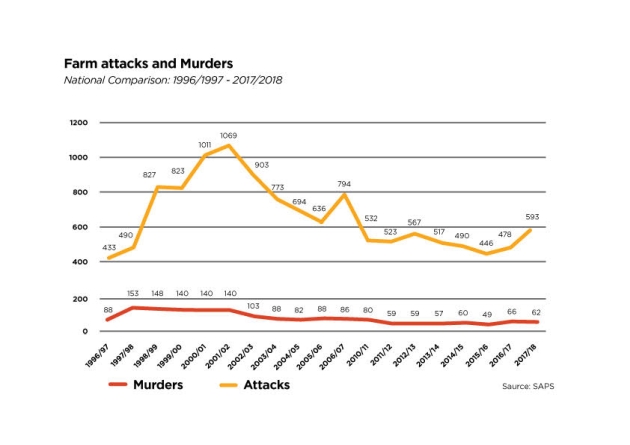 The false claim that farm murders have decreased over the last 20 years stems from a report that was published in 2018. The authors of the report indicated that figures provided to them by the SAPS were used as their source. After publication, the figures contained in the report were very quickly refuted. However, the claim that farm murders are currently at a low point on the strength of this report has since received wide exposure from the international media. The erroneous statistics were published in The New York Times, The Washington Post, Foreign Policy, The Guardian, on ABC News and various other international and foreign media platforms. It also enjoyed wide publicity in the South African media.

The authors of the report have since conceded that the figures – which were widely published internationally as well as locally – were, in fact, incorrect.

Ernst Roets, Deputy CEO of AfriForum, says that farm murders constitute a serious crisis that receives the necessary attention from neither the South African government, nor the media. “The debate on statistics is important and must receive the necessary attention. We have to guard against it becoming nothing more than an academic debate, however, which will cause the pain of the victims to be ignored in the process.”