It's simply mind-boggling that the South African Navy (SAN) have reportedly been forced to remove vulnerable equipment from the radio antennae farms at the Naval Command Centre (NCC) at Silvermine in Cape Town because it is unsure when the Department of Public Works will get round to repairing the boundary fences.

The fact that the boundary fences at Silvermine, which is a National Key Point, have collapsed is well-known and they have been awaiting repair by the Department of Public Works since 2011 [see below].

That means that the Department of Public Works has failed to repair the boundary fence for nearly three years, making the NCC at Silvermine vulnerable to copper thieves.

However, the SAN also seems to be sitting on its hands doing very little to provide interim perimeter security measures at Silvermine. Yesterday, for example, the gate at the upper antennae farm at Silvermine was wide open [see below]. Why is it not possible for the SAN to deploy personnel immediately to begin guarding the facility at Silvermine?

The primary function of the NCC is to support strategic and tactical radio communication for the SAN. However, copper thieves have raided the NCC no less than five times in a twelve-month period.

In total, more than 5 000 metres (5 kilometres) of copper wire has been stolen from the NCC at Silvermine in Cape Town.

The NCC at Silvermine is, as a result, unable to provide radio communication support to the SAN.

The SAN is effectively "deaf" in one ear as a result of this copper theft, reportedly having to relay certain radio communication through a similar facility in Durban.

The copper theft incidents took place over a period of twelve months. There is a reasonable suspicion that the copper theft at Silvermine is an "inside job" and yet there has evidently been no action from the Military Police.

The Minister of Defence and Military Veterans, Nosiviwe Mapisa-Nqakula, must step in and sort out the complete shambles at the NCC at Silvermine by ensuring that:

The fact that copper thieves breached the NCC at Silvermine is a national - and international - embarrassment that may compromise maritime safety and national security. 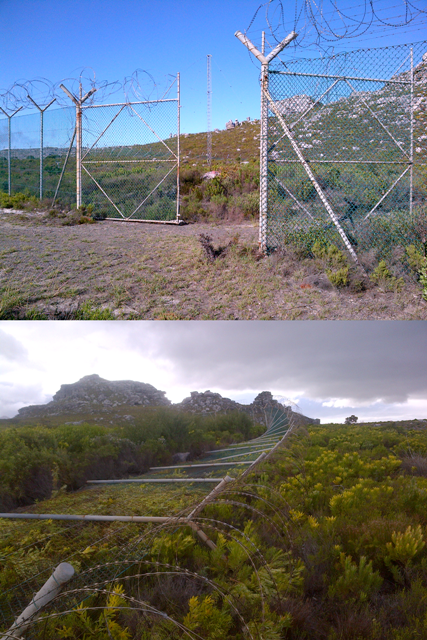