The National Prosecuting Authority (NPA) today informed AfriForum that they are going to prosecute Julius Malema, Leader of the EFF, and Mbuyiseni Ndlozi, EFF Spokesperson, for the alleged assault of a colonel in the SAPS.

This follows AfriForum’s announcement in July this year that they would approach the court with a mandamus application to force the NPA to make decisions regarding the prosecution of Malema concerning this and two other pending cases against him.

Malema and Ndlozi in April 2018 allegedly assaulted a senior policeman in uniform in an incident that was caught on closed-circuit television (CCTV) cameras. The senior policeman opened a case at the police, but it received no police attention until AfriForum’s Private Prosecution Unit enquired about the investigation in January 2019.

“Although we welcome the NPA’s decision to prosecute, it is regrettable that AfriForum had to put so much pressure on them simply to fulfil their constitutional duty. We will carefully monitor the case to ensure that the complainant gets justice,” says Adv. Gerrie Nel, Head of AfriForum’s Private Prosecution Unit. 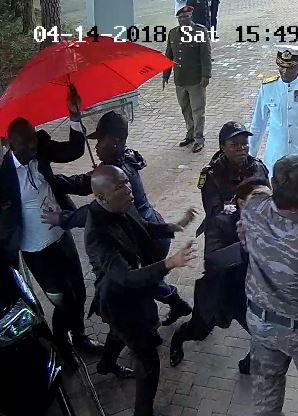 Alexis Bizos to be prosecuted after Gerrie Nel intervenes – AfriForum