The City of Cape Town has seen a dramatic spike in public unrest incidents in the last three and a half weeks. Read more below:

Between 11 July and 5 August, there were 91 incidents of protest action recorded by the City’s enforcement services.

This compared to 38 such incidents between April and June – a near eight-fold increase.

During this time, the Safety and Security Directorate has recorded 38 injuries to staff members, damage to 14 Directorate vehicles and at least six private vehicles, and 28 arrests for public violence.

Much of the unrest has been linked to violent attempts to invade pockets of land in a number of areas around the city. The Safety and Security Directorate is counting the cost, but it is imperative that the public too be cognizant of how these incidents impact on them.

Not only do we have to direct resources away from other priority areas to assist SAPS with public order policing, but where vehicles are damaged rendering them unusable, it means one less vehicle for visible policing or for responding to emergencies. Where staff members are injured, it means time off work, which translates into fewer officers to fulfill our public safety mandate. 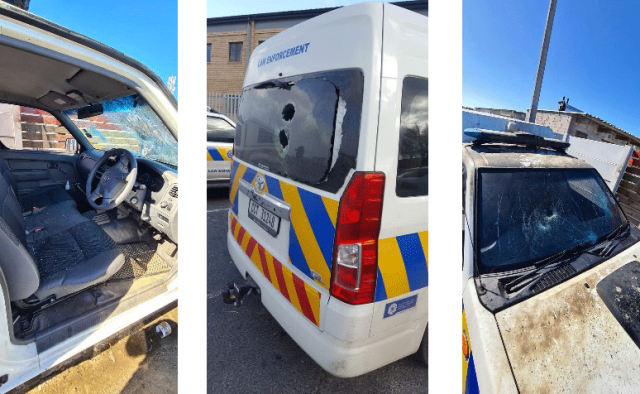 The volatility in so many areas is also impacting on other services to the public, particularly in the communities where the violence is taking place.

Specifically, from a Safety and Security perspective, our Disaster Risk Management Centre staff have been unable to:

There are many other examples of how services by other City departments have been impacted, and ultimately, communities at large are being hamstrung by the actions of a few.

The City implores the criminal justice system to treat the charges brought against those who have been arrested seriously, and to send a strong message that the destruction and risks to public safety that have accompanied the unrest of recent weeks cannot be tolerated.

We also reiterate our call to the public to share any information that could lead to the identification, arrest and conviction of those responsible for the violence. Anonymous tip offs can be directed via our Public Emergency Communication Centre by dialling 021 4807700 from a cellphone or 107 from a landline.

The madness before the fall

The unravelling of the ANC

"South Africa guide to easing travel restrictions: what you should know" - BizNews