Mansions for Ministers: ANC has sold out the poor

[Note to editors: This statement was released today outside 9 Delaire Street, Van Riebeeckshof in Bellville, Cape Town. It is the newly-built secondary official residence of Deputy Speaker Nomaindia Mfeketo paid for by the Department of Public Works.]

There is something wrong when the government of a developing country - in the midst of a financial crisis - spends R183 million on brand new mansions for Ministers. This is money that could have been used to house around 2,000 poor families.

This expenditure is a sign that government has got its priorities wrong. It is a sign that the ANC has sold its promise of a "better life for all" in exchange for a life of state-funded luxury.

We are standing today outside the official Cape Town residence built for the Deputy Speaker, Nomaindia Mfeketo. It has an air-conditioned bedroom, a designer kitchen, an outdoor entertainment area with pool, a terraced garden and six garages. This house was custom-built for the Deputy Speaker at a cost of R8 million. To make matters worse, she reportedly owns a private residence just 9 km away.

This mansion is but one of the 34 new houses bought for Ministers in Pretoria and Cape Town. There are five ministerial mansions in this suburb alone. An in-depth investigation published in a weekend newspaper revealed that the Cape Town residences cost an average of 120% more than the City's valuations and 26% more than the estimated market value.

Such opulence is an insult to every child in need of a decent education, every sick person in need of quality public healthcare and every family living in an informal settlement. Not only that, it is an indication of skewed priorities in the Department of Public Works.

In the latest Medium Term Expenditure Framework (MTEF) plan, only R15 million was budgeted for making public buildings accessible to the disabled - enough to equip just 64 buildings country-wide.  By contrast, R284 million was earmarked for what is called the "prestige management" programme. This money will be spent on buying and maintaining residences for Members of the Executive and "some aspects of the Judiciary and the Legislature." The "prestige" programme accounts for over one-fifth of the Department of Public Works' entire infrastructure budget.

This cannot be right. And we cannot just stand by and let the government get away with it.

I today call on the Minister of Public Works, Gwen Mahlangu-Nkabinde, to re-evaluate her Department's decision to spend millions of rands on new mansions for Ministers. At the very least, she should reverse the decision to buy secondary residences for Ministers to stay in when they are in Cape Town.

This expenditure on mansions is illustrative of the tendency of government ministers to spend public money on themselves instead of on front-line services for the poor. We therefore repeat our call for Minister Baloyi to produce the long-awaited review of the Ministerial Handbook. It has been over two years and no discernible progress has been made.

I have also asked a number of questions in Parliament to ascertain the extent of this power abuse. These include:

Besides the answers to these questions, we await the outcome of the Special Investigative Unit's probe into the Department's property procurement programme. Clearly, we are not the only ones who think that something is amiss here.

The DA will not rest until we have put a stop to the excessive spending on ministerial luxuries that do not benefit the poor. It is time that government got its priorities right. It is time that Public Works started working for the public. 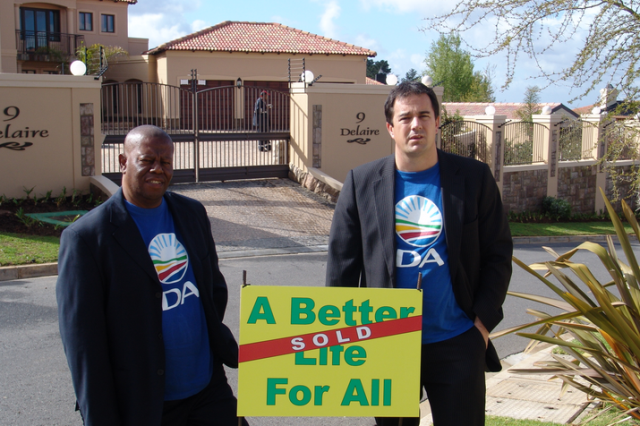 Adrian Gore: Why we support mandatory vaccinations – we don’t have the luxury of time

MAILBOX: PRASA paralised, Transnet in a trance, provides some hope