The unrest in KZN has proven that when united, there is nothing we can’t overcome!

The Democratic Alliance in KwaZulu-Natal would like to thank all law-abiding South Africans who put up their hands last week to protect their communities, standing up for law and order when the government failed us. You are the true heroes of KZN and true patriots.

The past three days we spent travelling across the province from Durban to Empangeni, Richards Bay and Pietermaritzburg, highlighted the absolute devastation suffered during the anarchy - a total destruction of property and livelihoods. Today, which marks our 4th day, we will be travelling to the South Coast to assess the damage in the area.

All those that were involved in fuelling the protests and looting should hang their heads in shame. This is the month that we should be honouring the legacy of Nelson Mandela. This is surely not what Mandela had envisioned!

The anarchy and the blatant destruction of our economy is not what our struggle for liberation was all about.

We have witnessed the absolute destruction of our economy and the decimation of jobs. The destruction of the Brookside Mall in Pietermaritzburg will see 2 500 jobs at risk. The damaged infrastructure will take years to re-establish. The sad reality is that this is only one of many incidents. With the steel shortages currently faced by many countries, many of these structures will not be replaced. The big question is, will the anchor tenants even want to re-establish themselves?

Our tour also highlighted the numerous small businesses that were wrecked. One such business is in the Camps Drift Office Park of Pietermaritzburg where a young black woman, 27, had just established a small tailor business a year ago. It has been reduced to rubble and she is not insured neither does she have the capital to start again.

Is this what Nelson Mandela envisaged?

The UPL chemical plant in Cornubia is still on fire. The Durban North areas are covered by a fog of toxic fumes from the factory that is a health hazard to many and the surrounding environment.

Incidents of racism throughout the province have now also surfaced. The DA strongly condemns any racist opportunists who are using this anarchy to drive racist agendas. We are a rainbow nation and should be protecting each other.

Those political leaders who are driving their racist narratives are exposing themselves for what they are, weak and fuelling the flames of anarchy.

The past week has seen the majority of South Africans put their personal, political and religious differences aside, to unite in diversity through adversity.

This was the vision of Nelson Mandela, we need to continue to strive and remain resolute to this vision, and anything else will result in the total collapse of our beloved South Africa. 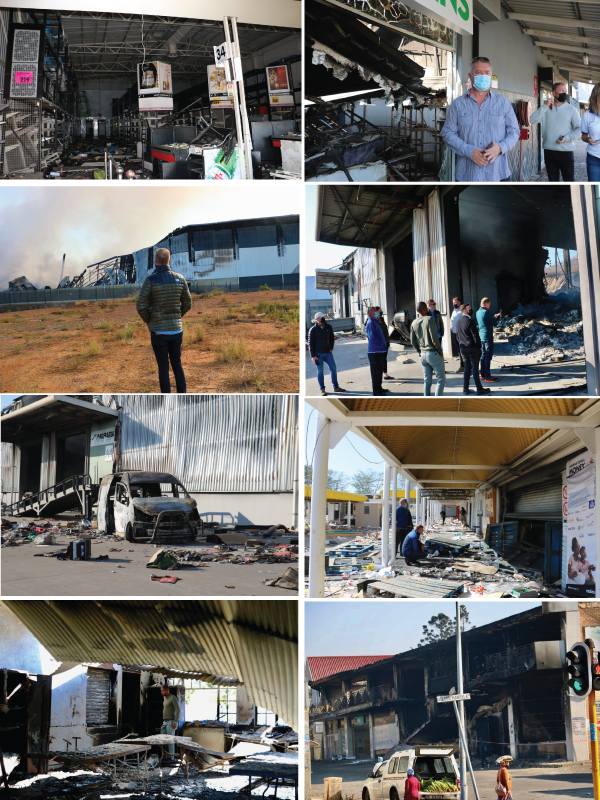 Stuart Lowman’s Inbox: It is time for BizNews to join the Press Council