YCL to lodge complaint with SAHRC against UCT student newspaper

The Young Communist League of South Africa [Ufasimba] University of Cape Town (UCT) branch is shocked and disgusted at the survey published  in UCT's newspaper ‘ Varsity News', showing the Caucasian race as the most attractive (see article).

The YCLSA is working toward a non-racial South Africa in which the deep wounds of the past are not easily forgotten. Under the apartheid and colonial governments, white was deemed the most desirable of races and blacks were forced to use skin whitening creams that burned their faces in order to find employment and education.

As an expression of our condemnation of racism and the hurt caused, YCLSA will be lodging a complaint with the South African Human Rights Commission (SAHRC) Cape Town offices at 2:30 PM today.  In our complaint, we will demand a full apology and retraction from the newspaper for the racist survey it published.

It is disturbing enough that a survey of this nature was conducted, for it to have passed all editorial controls and be published, proves there is a serious problem at UCT.

This is the same university that will do away with admissions policies that uplift black students, despite remaining untransformed with blacks being in the minority in many faculties. UCT is a microcosm of the broader Cape Town which remains a racist city with apartheid nostalgia and has received international news coverage of its exclusion of blacks from housing, entertainment centres and employment. The editors and editorial team of ‘Varsity New' believed they could distribute racism with total impunity, proving, UCT and Cape Town have fostered an environment that makes racist feel safe. 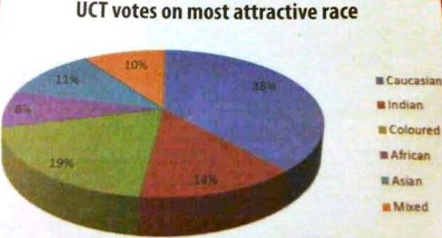 What is going on with the JSC?

First time buying a car? Here’s what you need to know

The Bitcoin-debate: Store of value, or ‘fool’s gold’?