AfriForum Youth yesterday sent a letter to Volkswagen (VW) South Africa as well as Volkswagen’s Head Office in Wolfsburg, Germany, regarding a recent advertisement in which Volkswagen encourages young people to apply for and take part in a competition to become a Volkswagen racing driver. A member of AfriForum Youth who wanted to apply, was not accepted because he is white.

JP Peens, a member of AfriForum Youth, was directly excluded based on the colour of his skin. “I am greatly disappointed in the manner in which Volkswagen Motorsport handled the situation. I am a supporter of Volkswagen Motorsport and personally drive a Volkswagen. I hoped that the competition would give me the opportunity to start a career as a VW race driver, but because I am not of colour I am refused that opportunity,” says Peens.

AfriForum Youth’s letter requests answers from Volkswagen and demands the race criteria be abolished so that young people who want to enter can compete on equal footing. “For several years black economic empowerment and transformation targets were used to discriminate against white youth; now they are blatantly further discriminated against in this advertisement. We cannot idly stand by and watch how white youth are not being granted the same opportunities as other groups merely based on the colour of their skin,” says Henk Maree, Head of AfriForum Youth.

The advertisement, which was placed by Volkswagen, says the applicant must be a person of colour. “How does Volkswagen determine who is of colour? How is it determined that a person is coloured enough or too white?” asks Maree.

AfriForum Youth intends to support Peens and to approach the Equality Court should Volkswagen not let go of its race-based acceptance requirements for this competition. 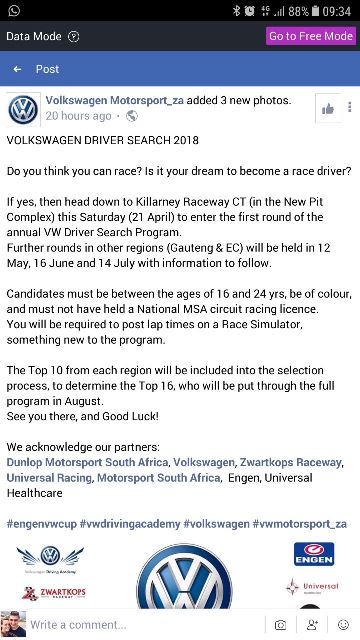 Deception, division and the estrangement of Puk students – AfriForum Youth