During the past half century of our country's conflict-ridden history, the context and relevance of several important early 1960s phenomena has been virtually lost to public historical consciousness, or ideologically skewed and simplified by shallow media articles, capricious politicians and people writing "History" on the internet without any training, reading or wisdom.

The latter combined into an utterly determined resilience to retain full political and economic power, if necessary with injustice. It was worth reflecting back half a century ago to study where South Africa and the white community in particular were in terms of their mindset and fears; for as Robert Collingwood, the famous 1930s Oxford University historian and philosopher said, the traces of the past remain present amongst us to this day.

But History is seldom about justice. The fact that I was born in April 1960 makes me, in total contrast to the "Born-Frees" of 1994, an individual whose very first political socialization occurred amidst this insecure, tense South African environment, however "below the surface" it may have been in urban middle-class white South Africa. Many Anglo South Africans like my own parents and grandparents, then living in Natal, were explicitly loyal to both Queen and South Africa. They and my extended family, passionately and angrily rejected the 1961 Afrikaner nationalist republic. But their general political view remained, that during the 1960s, European-style democracy in South Africa was impossible (and during the 1970s and most of the 1980s too).

Such was consistent with attitudes held by most Afrikaners. Equally fantastic, is that during the early 1960s, amongst white South Africans or far more particularly within their military, fears existed of the possibility regarding some kind of United Nations Organization (UNO) or Afro-Asian military intervention, intended to forcibly end Apartheid and establish "one man, one vote" by force of arms. Much of the second part of this article concerns this latter topic based upon research I completed in the Pretoria SANDF archives; but firstly, something of the early 1960s African and South African context. 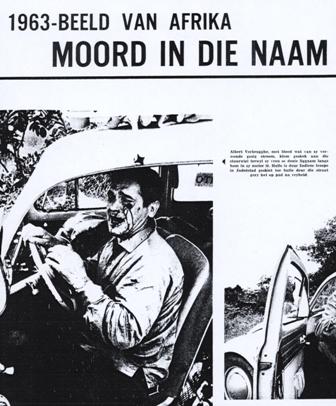 Why the ANC loots

Rebuilding the ANC in Gauteng

Where is the mafia when you need them?

Why the ANC loots

Why financial planning for women is a top priority

"CCMA victory against mandatory vaccination policies in the workplace" - BizNews