The Financial Mail recently published a long feature article by the former M&G Editor-in-Chief, Chris Roper, suggesting that DA Federal Council Chairperson, Helen Zille, was a “greater threat” to South African democracy than the EFF’s Julius Malema. In his piece Roper described Zille as being “red-pilled” by the “alt right light” and as being a “carnival barker in the alt-right carnival of misinformation”.

This is a very ugly claim as the “alt-right”, which briefly rose to prominence in the United States during Donald Trump’s presidential candidacy in 2015/16, is an utterly vile political movement. Though it had its fellow travellers and apologists at the time - most notably Milo Yiannopoulos at Steve Bannon's Breitbart News - it has long been completely exposed and discredited as a far-right neo-Nazi operation. At its core was a vicious troll army that targeted conservative Jewish and other critics of Trump, like Ben Shapiro and Jonah Goldberg, often with grotesque holocaust invoking memes.

Examining the language, ideas and behaviour of the alt-right is less fun than exploring a cesspit but fortunately there was one incident that pretty much sums up them and their world view in its entirety. On 17 September 2015 the conservative journalist David French had posted an item on the National Review weblog, the Corner, calling out the commentator Ann Coulter, a Donald Trump ally, for mimicking the white-nationalist language and rhetoric of the alt-right. As he later described the response:

“Within minutes, the tweets came flooding in. My youngest daughter is African American, adopted from Ethiopia, and in alt-right circles that’s an unforgivable sin. It’s called ‘race-cucking’ or ‘raising the enemy.’ I saw images of my daughter’s face in gas chambers, with a smiling Trump in a Nazi uniform preparing to press a button and kill her.” 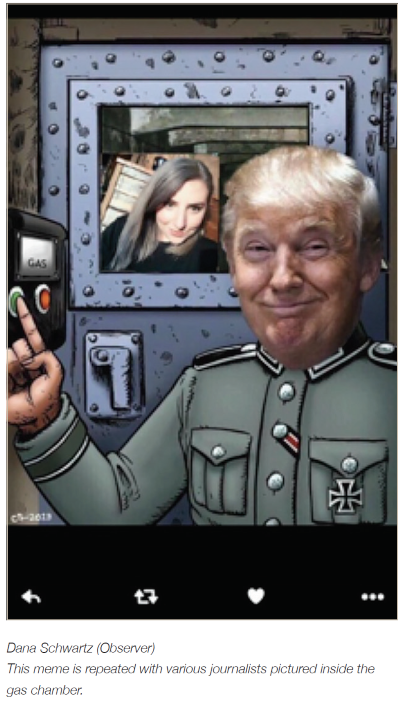 This is all you really need to know about this noxious American intellectual effusion: The alt-right then was, and is, a deeply racialist and anti-Semitic movement, notorious for mocking the mass murder of European Jewry, and which openly abhors all forms of inter-racial love, affection and interdependency.

Cornerstone of NHI taken down in court – Solidarity

Reflections on the BRICS summit

Latest update on the crypto market: Bitcoin dropped below $20k and Ethereum below $1k