The series deals with the following topics:

Funds regulated by the Registrar of Pension Funds.

In this brief we look into pension funds which are regulated by the Registrar under the Pension Funds Act, 1956, starting with a broad overview and a description of the different types of funds. We then consider whether or not these funds can support further investment into SOE debt and equity, as well as possible implications prescribed assets may have for rates of return, and end with a short conclusion for this section.

A privately administered fund operates its own bank account and pays benefits in terms of its rules from the assets of the fund.

In an underwritten fund the only assets are insurance policies. Contributions are paid directly to the insurer and the insurer then undertakes to pay benefits as and when they become payable by the fund. 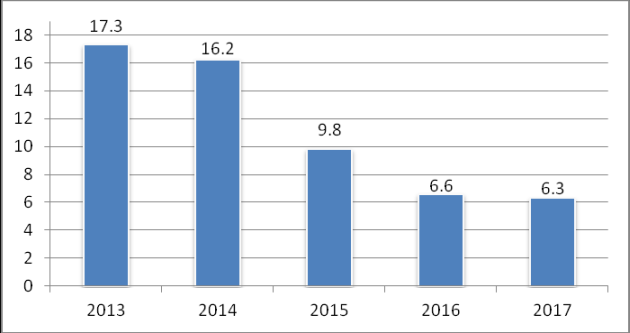 TYPES OF REGULATED RETIREMENT FUNDS AND HOW THEY WORK

Retirement funds in South Africa comprise pension funds, provident funds, retirement annuity funds, preservation funds, unclaimed benefits funds and beneficiary funds. These are then classified in the records of the Registrar either as defined benefit funds or defined contribution funds.

A pension fund may allow a member who retires to take up to one third of the capital value of their retirement benefit in a lump sum, but not the whole of the capital value if it is above a maximum threshold. Instead, the balance must be paid as an annuity. A retirement fund pays a member who has retired an annuity (also called a pension) for the remainder of his or her life in regular instalments, usually monthly.

A provident fund pays a lump sum benefit to a member when he/she reaches retirement age.

A retirement annuity fund is a fund to which a member may make a single or several contributions during their working life. It is a pension fund which means that the maximum share of the members’ retirement capital that may be paid in the form of a lump sum is one-third. The balance must be paid as an annuity for life.

A beneficiary fund is a fund to which shares of benefits payable on the death of fund members may be paid in certain circumstances. For example, if the retirement fund decides that there is no suitable guardian or caregiver to administer the share of a death benefit allocated to an orphan, it may pay the share to a beneficiary fund which will invest that money and pay out amounts of it to the orphan or for the benefit of the orphan as and when required until he or she reaches the age of 18.

Can the retirement funds regulated by the Registrar support further investment into SOE debt and equity?

To try and answer the above question we will use the Eskom Pension and Provident Fund (EPPF), the largest regulated fund by asset size, as a proxy. Below are the fund’s latest local equities and bond holdings versus its strategic allocation target:

As can be seen, the equities holdings are already well above the target allocation, meaning that if required by prescribed assets to increase its holdings in SOE equities, the fund will have to substitute some of its preferred holdings to accommodate the shift. As indicated in the first brief, there can be little doubt that this will have a detrimental effect on the expected returns for the EPPF.

Similarly, if required by prescribed assets to increase its holdings in SOE bonds, the fund will have to substitute some of its preferred holdings to accommodate these too. And although the EPPF’s actual bond holdings are currently below the strategic target, because the fund managers may be forced to hold more SOE bonds they otherwise would in trying to maximise returns, this will also likely further compromise the fund’s expected return.

IMPLICATIONS OF A DROP IN INVESTMENT RETURNS ON INDIVIDUAL CONTRIBUTORS, SPONSOR CONTRIBUTIONS AND PAYOUTS TO BENEFICIARIES

If investment returns were to decrease to a level that would have a material negative impact on the fund’s funding levels (assets versus liabilities), contributions by both plan members and plan sponsors in the case of defined benefit funds would need to increase to compensate. This would place strain on the monthly incomes of members and increase the burden on plan sponsors.

South Africa’s retirement funds regulated by the Pension Funds Act, 1965 have a legal obligation to manage clients’ money in a prudent and responsible manner. The preamble to Regulation 28 of the Act states that “a fund has a fiduciary duty to act in the best interest of its members.” Given the negative effects a policy of prescribed assets will have on fund returns, it would be extremely difficult to align such a policy change with the responsibilities placed on funds under Regulation 28.

Furthermore, the concerns voiced by policy-holders and others surrounding possible prescribed assets are amplified by the fact that average returns for regulated funds have tapered off in recent years, from 17.3% in 2013 to 6.3% in 2018.

[1] Some of the figures are dated because a latest annual report by the Registrar is yet to be released since the Registrar of Pension Funds was incorporated into the FSCA in 2019.

Funding govt and SOEs (I)