Union says that without listening to the other side, political parties jumped on the populist bandwagon

Solidarity is set to serve court papers before the end of the week asking that the unlawful suspension of Schweizer-Reneke teacher Elana Barkhuizen be lifted as a matter of urgency.

Moreover, Solidarity will ask the South African Human Rights Commission (SAHRC) to investigate the actions of North West’s Education MEC, Sello Lehari, as well as the actions taken by several political parties. Solidarity will also request the leader of the DA, Mmusi Maimane, to take disciplinary action against his Youth Leader, Luyolo Mphithi. Solidarity is also considering civil action following the investigations, which may include a libel claim among others.

Lehari’s rash action has caused untold trauma to an innocent teacher and her family, who are fearing for their lives while her dignity was severely impaired.

Moreover, she has been presented to the entire world as a racist.

Without listening to the other side, political parties jumped on the populist bandwagon. The DA’s Youth Leader even suggested on radio that when racism is involved prior investigation is not needed, even going so far as to mention the particular teacher by name in a press statement.

The fact that has been overlooked, though, is that Barkhuizen was neither employed by the State, nor by the MEC as she had been appointed by the school’s governing body. Moreover, her own class was not involved; she merely took the photo. Hence, the wrong employer acted, and in the process a teacher was suspended in error.

The life of an outstanding and beloved teacher was wrecked overnight by a bundu court. The teacher who is known for her kind heart and for the sandwiches she brings from home for hungry children at school – black and white alike, has been suspended by an MEC standing on a pedestal, acting in a manner that is totally unlawful.

In effect, the bundu court found her guilty in public, and she received a phone call to inform her of her suspension.

Her post is a governing body post. Yet the MEC acting outside his powers, insisted on her suspension. No correct procedures were followed.

No one paid heed to legal processes. It did not matter to anyone that she was not the teacher of the class in question. Without following due process, she was unceremoniously charged, found guilty and punished by way of humiliation.

The basic tenets of justice were not heeded, namely, to listen to the other side too. This teacher now has to prove her innocence in the face of any legal rule.

Solidarity is going to represent Ms Elana Barkhuizen. Formal processes will reveal the true state of affairs. Several other investigations are currently underway, which will hopefully reveal the truth of what had happened in the classroom.

To the major embarrassment of many players, the true version will annul the bundu court’s verdict.

The formal process will reveal that what we are dealing with in this instance are teachers who cared. They had to make little ones, who don’t speak English or Afrikaans, only Tswana, feel at home. They are educationists and they know that the most important thing on a first day is to make little ones feel secure in their new environment. The teacher in question went the extra mile by bringing her private domestic worker to school to act as interpreter for the little ones. The kids in the class all helped each other along.

When she took that picture Elana Barkhuizen was not wearing the community’s race-tinted glasses because that is not how she views the children in her class. It is for that stance that she is now being vilified publicly.

Solidarity has appointed a top legal team to represent her insofar as labour law matters are concerned. We will leave no stone unturned to take steps against every high-profile official who was party to bundu law activities.

South Africa is a constitutional state governed by rules, and high-profile government officials and political parties are required to obey those rules.

Solidarity does not accept the bundu court’s ruling at all and will fight until justice prevails. The bundu court’s weakness lies in the fact that the truth does not matter to it. However, a court of law will expose it though.

If at this stage we allow people to get away with this kind of bundu justice, it will become the rule rather than the exception. At this stage, the battle for justice has therefore only begun.

For now, we are focussing on restoring Ms Barkhuizen’s human dignity. Whatever the investigations into events in the classrooms reveal, a huge injustice has been done to her and her family.

She deserves an apology, and we want to appeal to South Africa to help restore her human dignity so that we do not lose an outstanding teacher. The little ones she teaches deserve it.

To pictures from the Grade R classes, also taken that day: 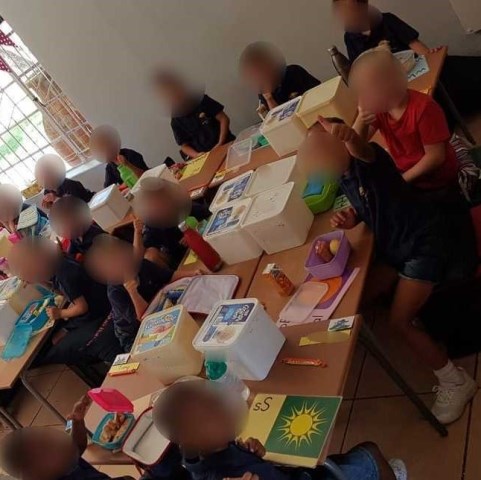 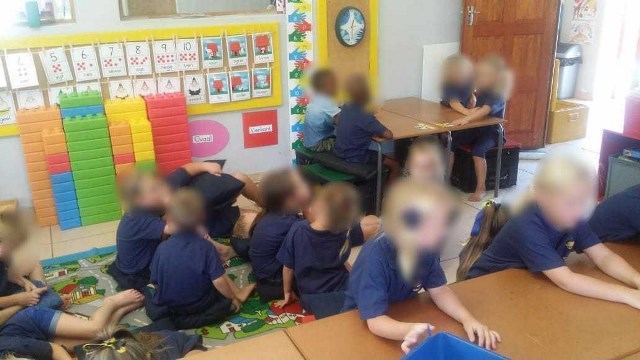 Schweizer-Reneke: What the SAHRC should be investigating - Solidarity