Mothotlung Crisis: What Edna Molewa didn't want you to see

Yesterday, as part of my visit to Mothotlung in the North West province, I conducted an oversight visit to the Water Purification Plant responsible for providing water to the surrounding community.

As a result of the breakdown of infrastructure linked to corruption and poor management, the surrounding communities - including Mothotlung, Damonsville and other parts of the Madibeng Municipality - have had only intermittent access to water over the last two years.

Last week, the matter escalated into a national crisis when four South Africans were killed by police following a community service delivery protest for access to water.

The DA has now subsequently received correspondence from the Minister informing us that we do not have "authorisation" to visit and view the plant.

Furthermore, the Mayor of the Madibeng Municipality, Poppy Magongwa, arrived at the plant during our visit, and informed us that we were not "invited".

Following our departure from the plant, having finished our oversight visit, I have been reliably informed by DA members in the community that the water plant has been subsequently locked up and that it is no longer possible to access it.

It is clear that the Municipality and the Minister are deeply concerned about what South Africans might find at that plant, and are therefore determined to prevent legitimate oversight of the problems which have underpinned this crisis.

After inspecting the plant, I now understand why this is the case:

Only one of the three pumps which provide water to Mothotlung is operational. The other two pumps are not being used, with the larger, main pump missing entirely. (Picture 1) and (Picture 2)

I also noticed that on the Brits line, which feeds through the Brits reservoir, only 2 of the 5 pumps are working. Two are non-functional and the other has been stripped.

This means that Mothotlung and surrounding communities remain on the brink of a much larger water delivery breakdown, which, if not urgently resolved, could result in a very serious human rights crisis.

If the remaining Mothotlung pump suffers any breakdown or needs to be stopped for maintenance, water will stop running in the town's taps again.

The DA will not stand by while this happens. This is not the time for the Minister to shut down transparency and accountability. She must come clean and reveal exactly what is happening at the Water Purification Plant and when the remaining pumps will come back online.

The DA will respond to the Minister's letter and request this information as a matter of urgency. We will also clarify in no uncertain terms the fact that we will continue to pursue regular oversight visits to the plant until such time as this crisis is resolved.

This is our constitutional responsibility as public representatives and as the official opposition. And we owe it to the families and loved ones of those who were killed protesting for access to their most basic constitutional rights. 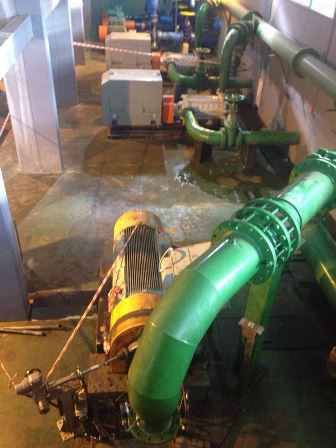 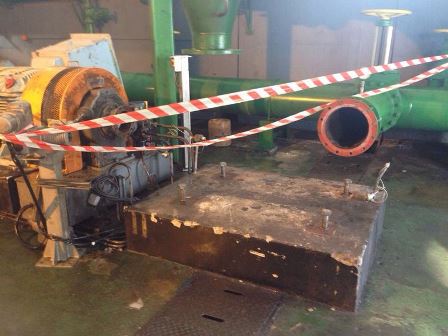 PANDA’s Nick Hudson on the politics of Covid: ‘We need to push back. This is not about a virus.’