A Simple Man – Kasrils and the Zuma enigma by Ronnie Kasrils (Jacana, November 2017).

Ronnie Kasrils writes in his preface that he was initially approached in 2008 to write a book about South Africa’s “spooks” (he’d been Minister for Intelligence). But the time wasn’t right and it was only some nine years later that he was ready to “take up the pen”.

In fact, the book had been writing itself in my subconscious all those years. I wanted to answer the question put to me by many friends: what were the factors that transformed Zuma the freedom fighter, and ostensibly a simple man of the people, into a corrupt and disreputable figure who surrounded himself with a load of creepy kleptocrats? But I also wanted to understand more than that. For our problems have not started with Zuma or Zupta, for he is a consequence of errors made during the transformational arrangements of the early 1990s – what I have previously called the Faustian pact. How to make sense of all this? (E-book, 141-49).

Put like that, the book sounds promising, doesn’t it? So I looked forward to “getting into” this book – notwithstanding its eminently silly title, A Simple Man – Kasrils and the Zuma enigma. For it’s hard not to think of Spike Milligan’s Adolf Hitler: My Part in His Downfall – and Kasrils, despite attempts at humour, is hardly Milligan; or (having read the title only) to avoid wondering which man is supposed to be the simple one.

Still, in fairness to Kasrils, he does clarify in the preface who the simple man is and perhaps the title was cooked up by the publishers or Kasrils’ coterie of friends and advisors, the Kalk Bay brains trust (e-book, 2571 et seq.), who for some reason get a great deal of air-time.

But, alas, the promise is not fulfilled.

At first, moving through the first third or so of the book, it seemed that Kasrils might have come up with an interesting new “case” against Zuma: i.e., that Zuma was behind many of the biggest disinformation manipulations in our recent political history (the Billy Masetlha case, the Browse Mole report, the Spy Tapes saga, etc., etc.) and that therefore Zuma is an even more dangerous creature than some already think. (This would be antithetical to the description of Zuma as “simple” – but, hey ...)

But most of the connections between Zuma and what Kasrils tells us about are at best circumstantial. The dots are simply not connected, presumably because they cannot be. And then, most of the second half of the book turns out to be about Kasrils, not Zuma or even South Africa’s woes.

There is a chapter about Kasrils’ tussle with the Sunday Times and the “unprecedented apology” the newspaper was forced to issue; another containing an attack on Willie Hofmeyr (who, if I am not mistaken, is still at the NPA) for claiming that Kasrils played a main role in the Spy Tapes saga; and yet another chapter which is an enormously gleeful account of Kasrils’ successful court case against Kebby Maphatsoe, deputy minister of defence and military veterans, for slander. (A bit like taking candy from a baby, I’d have thought, but so it goes.) I’m happy for Kasrils that he triumphed in all these matters – but fail to grasp what these issues have to do with book’s main thesis.

There are also a number of chapters about Fezeka Kuzwayo (Khwezi) – who was of course connected, for obvious reasons, to Zuma, and whose story is therefore relevant. Indeed, Kasrils was claimed by some in the “Zuma camp” to have been “responsible” for arranging a honey-trap for Zuma or for pushing Kuzwayo into laying rape charges, claims Kasrils wants to refute adamantly (1766) – making this issue also relevant.

But, when it comes to Kuzwayo, Kasrils’ penchant for self-congratulation and mawkishness raises its ugly head and his penny dreadful style knows few limits:

‘UNCLE RONNIE, JACOB ZUMA has raped me,’ was the call I received on my mobile phone. The woman added, ‘This is Fezeka.’ My body geared to the shock as though someone was pointing a gun at me: blood ran cold, neck hairs prickled, throat turned dry, mind stuttered (1669-72).

Then following Kuzwayo’s death, we read this: despite having “spent barely six or seven hours in her company when she was an adult ... [and] half-a-dozen overnight visits at her parents’ Swaziland home thirty-five years previously ...it felt as though my own daughter had died” (3267). Am I being harsh for scenting a whiff of hyperbole, with a soupçon of insincerity, in the air?

Also, the reader has, as it were, to keep a close eye on Kasrils. The cornerstone of this book is its highly-entertaining (and already much-vaunted) prologue – for some reason written in the third person, as though Kasrils were Julius Caesar penning Commentarii de Bello Gallico.

This presents us with Zuma (known as “Baba”) and Kasrils (“known as “Homeboy”), both “well-built, fit-looking, and in good shape” (248), crossing from Mozambique into Swaziland on a military mission for the ANC (the purpose of which we are never told).

Kasrils gets injured crossing the wire, badly twisting his ankle or worse, and the people they’re supposed to meet don’t show up. So, with Zuma virtually carrying Kasrils, they go back to Mozambique where they shelter in a small village with one of Baba’s “women”. Kasrils is in a great deal of pain while Zuma goes into the kitchen with Isabella (the woman), and then:

As Homeboy lay there ... the words ‘umlungu’ and ‘mampara’ filtered through in undertones from the kitchen. He was at once attentive, thinking he was mistaken. But it was clear. Baba was complaining about him to Isabella, referring to him as a ‘stupid white man’ who was responsible for that night’s setback (304-07).

Then Baba comes back into the room and asks Homeboy how he’s managing.

Ah, this was the Baba known to all in the movement: trustworthy and considerate. Except that Homeboy had heard the unkind tone, whispered behind his back, whispered in a tongue he was not proficient in, but the words ‘umlungu’ and ‘mampara’ were unmistakable. Homeboy was shaken and worried, in a way that went deeper than the pain in the ankle. Could Baba be a two-faced Judas? (313-16; emphasis added).

So Zuma’s words were “whispered” and were in a language in which Kasrils was not, he says, proficient. Did Kasrils hear correctly? Maybe Zuma was talking about something else entirely? Why did Kasrils, given that they were such close comrades, never simply ask Zuma about the incident?  Moreover, if you were boasting about your brave exploits to one of your “women”, would you not perhaps “blame” your colleague – who had, by his own admission, been a burden that night – and perhaps refer to him as a “umlungu”, which in common usage is really not insulting, and maybe even call him a “mampara”? This latter term is hardly serious contumely. 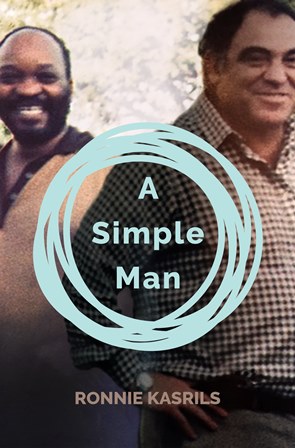 One of those sayings on the Internet, meant I think for putting on coffee cups, reads as follows: “A giraffe’s coffee would be cold by the time it reached the bottom of its throat. Ever think about that? No. You only think about yourself.” Maybe someone should have a coffee cup made for Kasrils?

Let’s also not forget (in the Sherlock Holmes story Silver Blaze) the curious incident of the dog in the night-time. The curious part, as you will recall, is that the dog “did nothing” – did not bark. Kasrils has much to say about many things with which, and in which, he has been involved, and about how the ANC went wrong. Moreover, he tells us, he has a kind of photographic memory (158). He also leaves us in no doubt whatsoever that he is like the maligned wife in the old “Encyclopedia Britannica joke”: he “knows everything about everything”.

But there is not one bark in this book about, for example, the Arms Deal (one passing mention – 660). Yet Kasrils was deputy-minister of defence from 1994 until 1999.

Trouble, I think, is that Kasrils strains much too hard – and ultimately unsuccessfully – to keep Zuma somewhere on stage (with that awful title, A Simple Man – Kasrils and the Zuma enigma, hanging around his neck). Zuma is not in any case “an enigma”; he’s just Zuma; what you see is what you get. And Kasrils simply didn’t have enough to say about Zuma; he can’t join enough dots – because he’s not a researcher and the only issue on which Kasrils is a real expert is Kasrils.

So he writes about Kasrils, Kasrils, and then again Kasrils. And the book diverts into a species of autobiography. This too might have been okay, but Kasrils spends too much time trying to demonstrate that he is an admirable and lovable fellow and also should be taken seriously as a thinker. (We do love you, Ronnie, we do, promise.)

It’s a pity. If the book had had a different title (one with neither Zuma nor Kasrils in it), if it had gone through a few more drafts, if the self-congratulatory autobiography had been mercilessly sliced out, and if perhaps a researcher had worked with Kasrils (on, say, the facts and figures of State Capture), Kasrils might have produced an excellent analysis on the state of the new nation by someone intimately involved in the Struggle and the government – and he could still have left in fun parts, such as his escapades with Zuma while in MK. But alas.

Lost within the ANC's rot